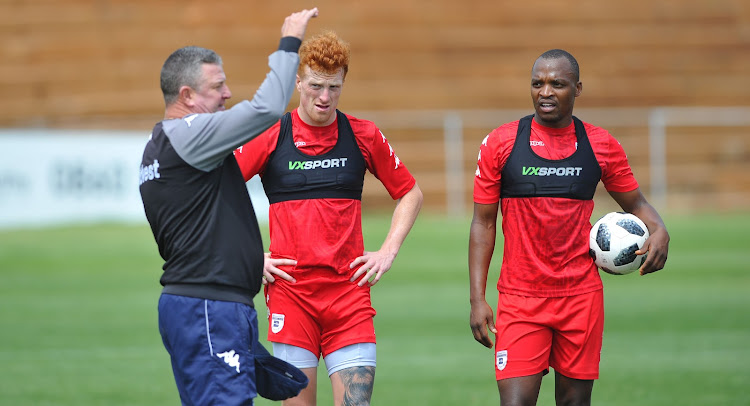 Bidvest Wits attacking midfielder Gift Motupa will not dwell too much on sentiments when the Students take on his former team Baroka FC in their Telkom Knockout semifinal at Peter Mokaba Stadium in Polokwane on Sunday.

Motupa came through the ranks at Baroka as a youngster before he earned a dream but largely unsuccessful move to Orlando Pirates.

He returned to Baroka for the 2017-18 season‚ where he scored nine league goals in 22 games. This pre-season the Bafana international was snapped up by Wits coach Gavin Hunt.

He will return on Sunday to former club Baroka looking to knock them out of the Telkom.

“I appreciate everything I had with Baroka and what they did for me but everything is in the past‚” said Motupa as Wits prepared to hit the road to Polokwane.

“I am a Wits player now and my focus is on doing well for my employers because we want to book a place in the final. It will be a good thing for the club and me personally to go all the way because I have never won a trophy in my career.

“I came here because I believe that this club will give me good opportunities to win trophies.”

If Wits get past Baroka this weekend‚ Motupa may find himself in this situation of facing a former club again ahead of the final if Pirates beat Kaizer Chiefs in the other semifinal at Moses Mabhida Stadium in Durban on Saturday.

“For now‚ my focus is on getting the job done against Baroka. There is no need for me or all of us as a team to think too much ahead because we must do the job this weekend. I am not thinking about the final because we are not there.

“I would have loved to win something with Pirates during my stay with them but I have accepted what happened. I have grown and learned from those experiences and they have shaped me to be the person and player I am.

“I appreciate the time I was with Pirates and Baroka but I am a Wits player now and that is where my focus is at the moment.

"I am happy because I am playing matches‚ I am scoring goals and creating chances for my teammates and that is important for an attacker.

“Wits are a big club and they have capabilities to win trophies. I have set my mentality up to that level and I want to be competitive as a player.”

Gavin Hunt is wary of bringing forgotten Mamelodi Sundowns star George Lebese to Bidvest Wits and admits that the attacking midfielder's salary is ...
Sport
3 years ago
Next Article