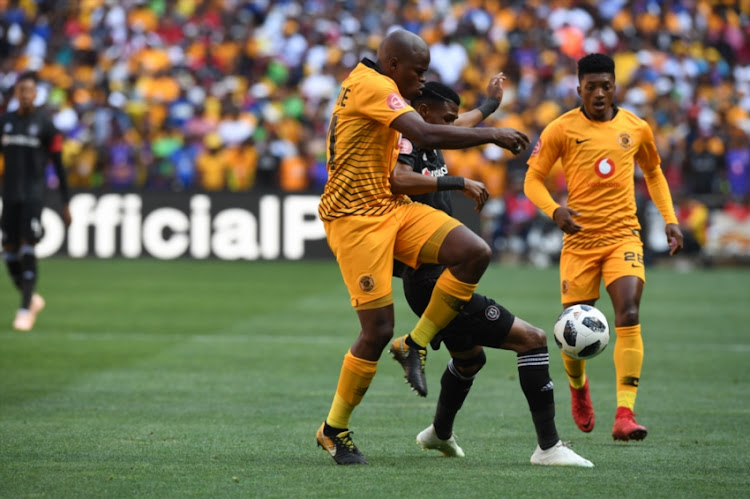 Kaizer Chiefs have battled to beat Orlando Pirates in recent times but Saturday’s Telkom Knockout semifinal encounter between the two Soweto giants presents yet another opportunity for Amakhosi to restore their fading dignity.

Below is the list of five ways in which Amakhosi can overcome a Buccaneers side that’s been on top of their game in the last two league encounters against Chiefs – where they won 3-1 and 2-1.

1) Solinas' line-up has to be spot on

Kaizer Chiefs coach Giovanni Solinas has been accused of chopping and changing his line up but surely‚ he can’t mess things up at the Moses Mabhida Stadium on Saturday.

Solinas has to ensure that he gets Lebohang Manyama – the player they have been missing in recent matches – fit for this match.

With Manyama and Dumsani Zuma joining strongman in the midfield‚ Willard Katsande and Siphelele Ntshangase‚ Chiefs should look strong.

Up front‚ Khama Billiat and Leonardo Castro should be preferred and with Manyama and Zungu helping them they should pose lots of questions to the Pirates defence.

In the centre-back positions where Solinas has made several changes in almost every match he’s been in charge of‚ Daniel Cardoso and Siyabonga Ngezana should start while Ramahlwe Mphahlele and Godfrey Walusimbi should man the right and left side of the defence with Itumeleng Khune in goal.

2) Walusimbi and Mphahlele must be very cautious

Solinas would have done very well if he can drill it into Mphahlele and Walusimbi that they should not worry too much about surging forward if they don’t know the whereabouts of Bucs dangerous and speedy wingers‚ Thembinkosi Lorch and Vincent Pule.

If they can kept the duo quiet‚ in the similar way Mamelodi Sundowns did in their recent league encounter against Bucs‚ half of the Chiefs' job would have been done.

3) Mark Xola Mlambo and Ben Motshwari out of the game

This is where Katsande and Ntsangase’s role should be clearly defined.

It will take a lot for the two central midfielders to keep their counterparts steady but if they can do‚ Chiefs will have a chance.

Mlambo and Motshwari do not only sweep dangerous moves against their team in the middle but if left with space they supply great passes to their forwards.

So restricting their time on the ball should help Chiefs in dominating the match and creating chances of their own.

It’s not going to be easy but that’s where the game is likely to be won and lost by either team.

4) Beware of Augustine Mulenga’s runs around the area

Mulenga plays as a decoy striker in the pockets in and around the area‚ leaving his striker partner Justin Shonga‚ alone upfront.

Ngezana and Cardoso must put Mulenga in their pockets because if he’s given possession of the ball‚ he’s going to punish Chiefs the same way he did in the last league derby at FNB Stadium.

This is never going to be easy for central defenders because Mulenga does not stay in the box but hangs around in the space between the defence and midfield.

Shutting Mulenga down will also mean less supply for Shonga who thrives on the help he gets from his Zambian counterpart.

Shonga and Pule are Bucs' talismen when it comes to set pieces.

It will be difficult for the Chiefs defence and their defensive midfielders to avoid committing fouls in the entire 90 minutes on Pirates attacking players.

Solinas should‚ however‚ tell his players to limit those fouls to areas outside the 18 yard because Shonga‚ in particular‚ is capable of punishing any team with free kicks around the area.