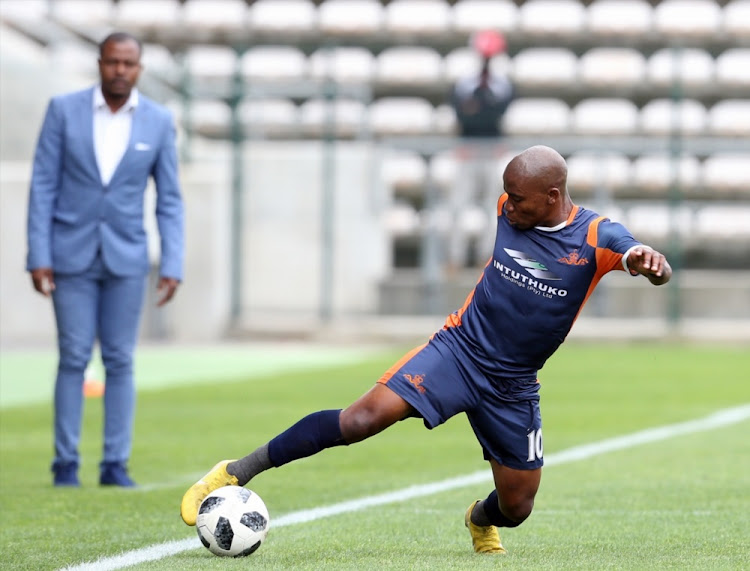 Lindokuhle Mtshali of Real Kings FC. One of the club's directors has denied speculation that the team is hard up and has struggled to pay players.

One of Real Kings' directors Philani Majola has dismissed reports that the National First Division (NFD) side was bankrupt amid speculation they've been struggling to pay their players.

Since the start of the season, there have been talks suggesting Kings were failing to pay their players.

Many believe their alleged financial woes are the main factor behind their poor start to the season. They are 13th on the log with 12 points in 11 games.

"The rumour that we do not have money is a big joke. We have no problem as far as paying our players is concerned. We pay them on the 2nd of every month. We may not have any sponsors but we are coping well,'' said Majola at the Nedbank Cup NFD qualification draw at PSL offices in Parktown yesterday.

There will be relief for National First Division side Ajax Cape Town when Athlone Stadium comes back into service this weekend for the first time ...
Sport
3 years ago

"We are using our own money to run this team. We know where these rumours come from but I will not be telling you who started these lies. It's a person who has personal agendas against our club.''

Kings were drawn away to ex-top-flight side Jomo Cosmos. But before battling it out for a berth in the last 16 of the Ke Yona Cup on the weekend of December 1 and 2, the two clubs will face off at Vosloorus Stadium in a league encounter on Sunday.

"We are confident we can book our spot in the last 16. We have not been doing well in the Nedbank Cup's qualification phase.

"We want to change that by winning against Jomo. We are playing them on Sunday in the league. That game will give us indications about how they play,'' said Majola.

One would argue that focusing on improving their log position should be a priority for the KwaZulu-Natal-based outfit, but Majola insists they want to go far in the Ke Yona tournament as well.

NFD Nedbank Cup Fixtures: (Venues and kick-off time are
yet to be confirmed)