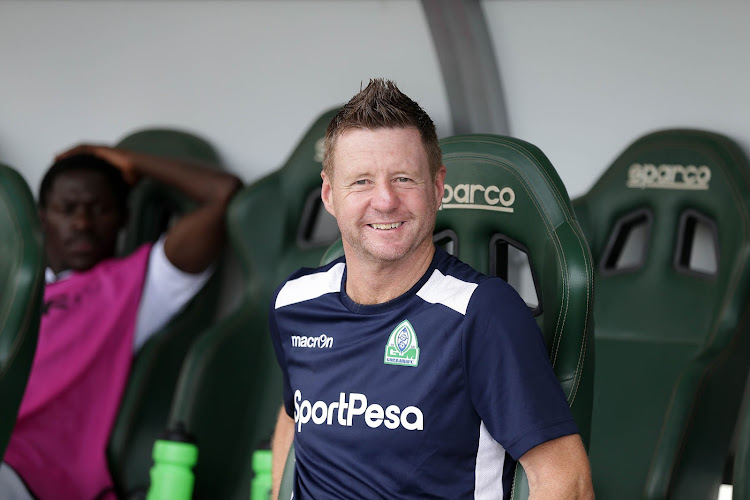 Dylan Kerr is returning to South African football as the new coach of Black Leopards‚ appointed on Monday to take the place of Joel Masutha.

Kerr played until his late 30s for a variety of clubs in the lower leagues in England and then Scotland‚ where he won a cup medal with Kilmarnock‚ before hanging up his boots and embarking on his coaching badges.

Kerr did his Uefa A license in the same class with Jose Mourinho in Scotland and got his first coaching job in the USA before returning to South Africa to work as an assistant to his former club mate Sammy Troughton at Mpumalanga Black Aces‚ Thanda Royal Zulu and Nathi Lions.

Kerr branched out on his own in 2011 to become coach of Hai Phiong in Vietnam‚ Simba in Tanzania and then Gor Mahia of Kenya‚ who he took to the group phase of the African Confederation Cup this year.

He was with Gor Mahia last week when they played a friendly in England against Everton but quit just days later to take up the Leopards job.

Leopards fired Masutha after their loss at Cape Town City last week‚ which left the club one point above the relegation places with nine points from 11 games.

Kerr will make his debut in charge against Bidvest Wits next Saturday‚ December 1 in Thohoyandou.

Joel Masutha has become the second coaching casualty of the season as Black Leopards announced at lunchtime on Monday that he had resigned from his ...
Sport
3 years ago

The 2018/19 Absa Premiership season claimed its third coaching casualty on Monday when Free State Stars announced that they had “mutually” parted ...
Sport
3 years ago
Next Article