Brazil knock Bantwana out of the Fifa World Cup 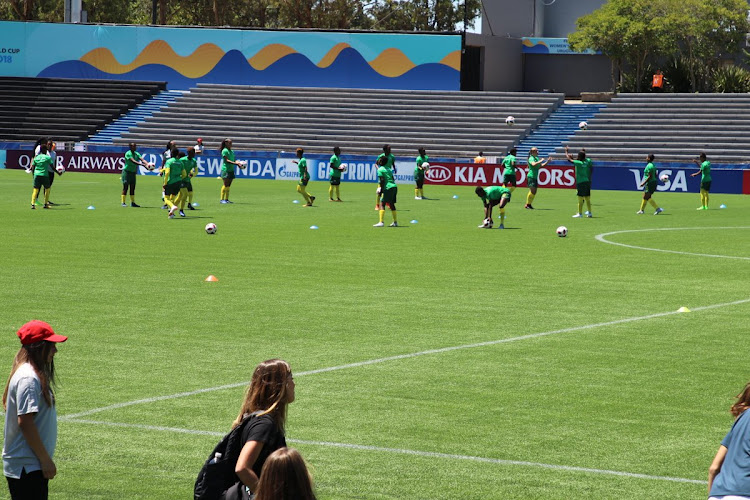 South African U17 Women’s national team warming up ahead of their must win clash against Brazil at Estadio Charrúa in Montevideo.
Image: TWITTER/SAFA

The South African U17 Women’s national team were knocked out of the Fifa World Cup after a heavy 4-1 defeat to Brazil in their last group match that was played at the Estadio Charrúa in Montevideo on Tuesday night.

The two teams went to the half time break without scoring but things went pear shaped for Bantwana as they conceded four goals after restart from goals by Jheniffer, Julia Daltoe, Amanda and Maria Eduarda.

Bantwana’s problems started early in the second half when Miche Minnies was sent for an early shower after she was judged to have brought down an opposition attacker in the penalty box which led to Daltoe increasing the lead from the spot.

Bantwana’s found the back of the net through Zethembiso Vilakazi but it only served as scant consolation as they exited the competition having conceded a whooping ten goals in their three matches during the tournament.

Even more worrying for coach Simphiwe Dludlu is the fact that during the three matches, her charges only managed to score one goal and they were dominated in key areas by the opposition who were clearly superior.

The South Africans finished their campaign at the foot of the table with only one point to show for their troubles while Mexico and Japan progressed to the next knockout stages as they finished first and second respectively and tied on five points.

This is for the second time in this tournament that Bantwana have failed to get out of the group stages where they are also yet taste victory and it remains to be seen when they will be able to compete at this level.

Bantwana started the tournament on a promising note by holding Mexico to a goalless draw in their opening game but they went on to be trashed 6-0 by Japan and the final nail in the coffin was hammered by the Brazilians on Tuesday.