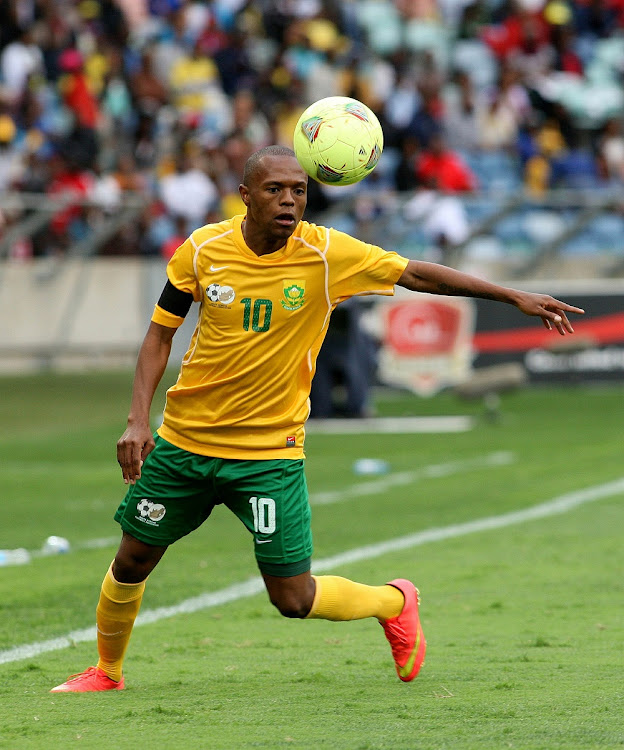 Thulani Serero is back in the Bafana Bafana mix.
Image: Veli Nhlapo

Former Bafana Bafana midfielder Helman Mkhalele has defended Thulani Serero's performance for the national team against Nigeria, after the Vitesse star gave what many deemed to be a sub-standard showing on Saturday.

Serero, who was making a return to Bafana after a year of self-imposed exile, was substituted after 61 listless minutes in the Africa Cup of Nations Group E qualifier, where he hardly created chances for the forwards.

But Mkhalele, who watched the 1-1 draw at FNB Stadium, came to the stocky midfielder's defence, saying he may have been nervous after his acrimonious "retirement" from the national team, prompted by lack of game time.

"You could see he was very tense," said Mkhalele of Serero. "He couldn't express himself, and I think that was because of what happened between him and the nation. But now that he's played here, I believe the ice has been broken. A player of his capabilities will bounce back. I think he will be key in the last match away to Libya [in March]."

On Saturday's match, which left Bafana needing to avoid defeat against Libya to qualify for next year's Afcon finals in Cameroon, Mkhalele felt Bafana were too comfortable with a draw.

"The first mistake we made was to allow Nigeria to be the aggressors in the opening phase. An away team should never dictate the pace so early. I was not surprised that they scored first. But we did well to come back and equalise [via France-based Lebo Mothiba]," said the man nicknamed Midnight Express.

"After half-time, Nigeria were content with a draw, and again we didn't push them hard enough. They sat back and slowed down the game, yet Percy Tau had showed they are not comfortable dealing with pace. We didn't unsettle them at all in the second half."

Bizarrely, Bafana coach Stuart Baxter made only one change, removing Serero for Thembinkosi Lorch, but Mkhalele said SA could have done with more attackers.

"They [Nigeria] had five people at the back, so we should have made them more uncomfortable. But I guess the coach stuck to his tactical plan, which clearly was not to lose the game."