Japan next target for Bantwana 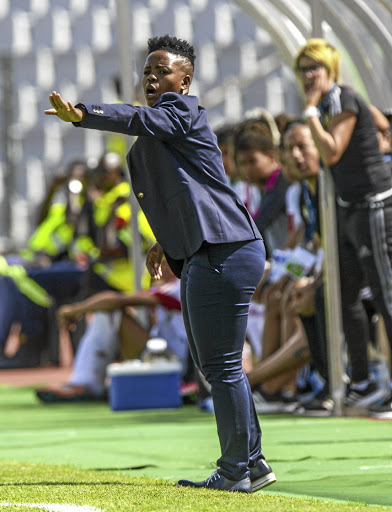 Bantwana's hard-fought 0-0 draw against Mexico in their Fifa U-17 Women's World Cup opener on Monday gave SA their first point, across all women's national teams, at this global showpiece.

Bantwana lost all their matches during their maiden World Cup in Trinidad & Tobago in 2010.

Basetsana, the U-20 team, and the senior side, Banyana Banyana, have not qualified for the World Cup before.

A win would boost Bantwana's hopes of advancing to the knockout stages because Japan and Brazil also played out a goalless stalemate in their first match in Group B.

U-17 left-back Yolanda Nduli, who was one of the standout performers against Mexico, was optimistic they can beat Japan. She feels they've overcome the nerves of playing in the World Cup.

'It was not easy against Mexico, they were tall. Some of us were nervous but now we've settled our nerves and are ready to play better against Japan. We want to make the country happy," Nduli said.

The 15-year-old also vowed to produce an improved individual display against the Asians.

Bantwana will be aided by the return of experienced midfielder Karabo Dhlamini. She's expected to start against Japan after missing the first game against Mexico through suspension, having been sent off against Morocco.

Meanwhile, Banyana hope for a promising start in the African Women's Cup of Nation in Ghana.

They battle it out against favourites and defending champions Nigeria on Sunday (5.30 SA time).

"If we want to do well in this tournament it's a must to beat Nigeria,'' said skipper Janine van Wyk.