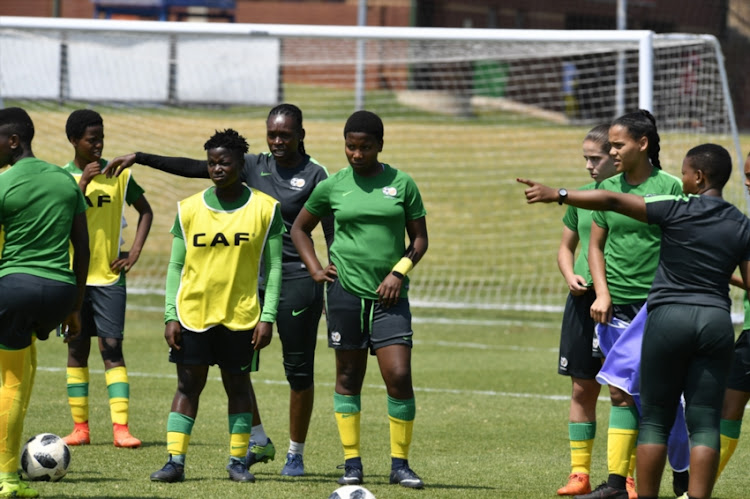 SA's U17 Women’s national team players must overcome the nerves that gripped them during the World Cup opening match against Mexico on Tuesday if they are to make an impression in the tournament.

Coach Simphiwe Dludlu pointed out that Bantwana did not play their normal game during the goalless draw with the Mexicans‚ but she expects her players to be more confident when they take on Japan in the second match of the group on Friday.

The match kicks off at 7pm (SA time).

“We made it difficult for ourselves against Mexico because we were nervous.

"I guess it was because we were playing in our first game of a major tournament like the World Cup‚” said Dludlu.

“Our structure was not there for most parts of the game because they were afraid of making mistakes.

"We were too cautious and our confidence tank was a bit too low to play when we had the ball.

"Even the players who have more than five caps were nervous.

"Playing on the world stage is different from playing friendly matches in front of small crowds and you could see them dropping their heads whenever they made mistakes.”

Though they got certain things wrong in the opening match‚ Dludlu was happy with the way they defended under relentless attacks from the Mexicans who dominated possession and created most of the chances.

“We didn’t play to our strengths when we got the ball but we were organised defensively.

"We got our defensive structure right and our goalkeeper also made some good saves. Otherwise‚ we could have conceded a lot of goals.”

“This will help us in the next game because we will know how to deal with the pressure and how to update our tactics if necessary.

"It was a good game to watch and also to see how much pressure we can soak.”

Looking ahead to the Japan clash‚ Dludlu said the two countries have similarities that will make it an interesting game.

“They are a team that is highly technical and they like to keep possession‚" she said.

"If we don’t defend well as a team and close the spaces‚ they will cause damage.

"They may be slightly superior in terms of ability but we have a plan in place.

"We want to build from the work that we did against Mexico and keep on marching forward in the competition.”