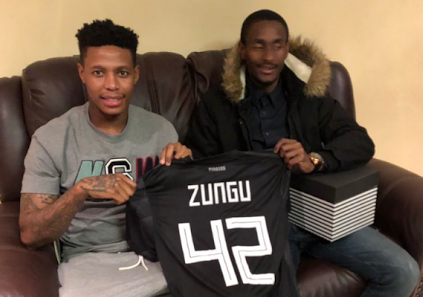 Orlando Pirates coach Milutin Sredojevic says he would have slapped Bongani Zungu if the Bafana Bafana midfielder was one of his former players and had made the inflammatory comments he posted on Twitter a few days ago.

Zungu‚ a former Mamelodi Sundowns midfielder who now plays for Amiens in Ligue 1 in France‚ controversially took to Twitter last week and insinuated that Pirates assistant coach Rulani Mokwena was the real boss at the premiership league leaders.

The comment suggested that Sredojevic was not the brains behind Pirates’ impressive start to the season and it was in fact his close friend Mokwena who deserved the credit.

Zungu also suggested in the same tweet that Mokwena had a greater if not similar influence at former club Sundowns where he served as head coach Pitso Mosimane’s assistant before moving to Pirates at the start of last season.

The tweet sparked furious reaction and Zungu eventually backed down after intense pressure‚ apologising on the same social media platform he had used to make the controversial comments.

‘‘I need to tell you something‚” said Sredojevic.

‘‘If a player that I made... Nemanja Matić (for an example) has done (what Zungu did) to any coach‚ I would personally slap him.”

Zungu’s comments put Sredojevic under immense pressure and he felt it necessary to also confirm that he is ‘totally’ in charge at Pirates.

“But if someone else does this‚ as I told you it’s not important‚ but I really know that I’m in charge as a head coach (at Pirates)‚” Sredojevic said.

“I know that I have a very strong team that is led by me and assistant coach Rhulani and I am happy with those things.

“Regretfully this is what has happened.

"I will just say it has been unfortunate and you know‚ personally I believe that it has passed and it’s gone.

‘‘Everyone has a right to his opinion. Let the football talk instead of us.”

Pirates played to an emotional goalless draw against Sundowns on Saturday afternoon but remain at the premiership summit after second-placed Bidvest Wits suffered a surprise 2-1 defeat to Bloemfontein Celtic at home later in the day.

As if the upcoming showdown between Mamelodi Sundowns and Orlando Pirates did not already have a gripping sub-plot, recent suggestion that Rulani ...
Sport
2 years ago

Bongani Zungu has hastily apologised for comments he made on Twitter suggesting that assistant-coach Rulani Mokwena was the brains behind the current ...
Sport
2 years ago
Next Article