Defiant Chiefs coach Solinas says league is far from over 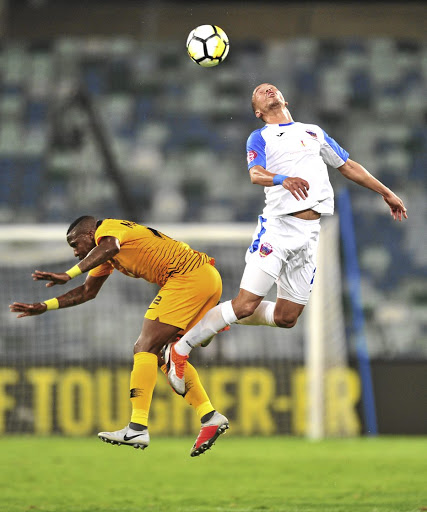 While Kaizer Chiefs coach Giovanni Solinas emphasises they are still in a favourable position to fight for the Absa Premiership championship, many draws could quell Amakhosi's title ambitions like it happened last season.

Last term, a total of 12 draws ended Chiefs' title aspirations. The Soweto heavyweights were eventually condemned to position three on the table, 12 points adrift of champions Mamelodi Sundowns, who notched up 60 points.

Amakhosi's 0-0 stalemate against Chippa United behind closed doors at Moses Mabhida Stadium at the weekend was their sixth league draw in 13 matches.

For a team that claims to be challenging for the league, collecting only 18 points out of a possible 39 is far from convincing.

"The league is not finished today [Saturday]. We have a lot of games to play," said Solinas.

Having shown flashes of brilliance in the opening matches of the season, Chiefs' attacking combination of Khama Billiat, Leonardo Castro and Dumisani Zuma seems to be fizzling out. Not one of them has scored in the last three games.

"We have the best strikers in the league ... Castro, Billiat, Zuma, Manyama and Parker," noted Solinas.

After the current Fifa break, Amakhosi will begin their CAF Confederation Cup campaign. But before that, they still have a score to settle against Orlando Pirates in the Telkom Knockout semifinal.