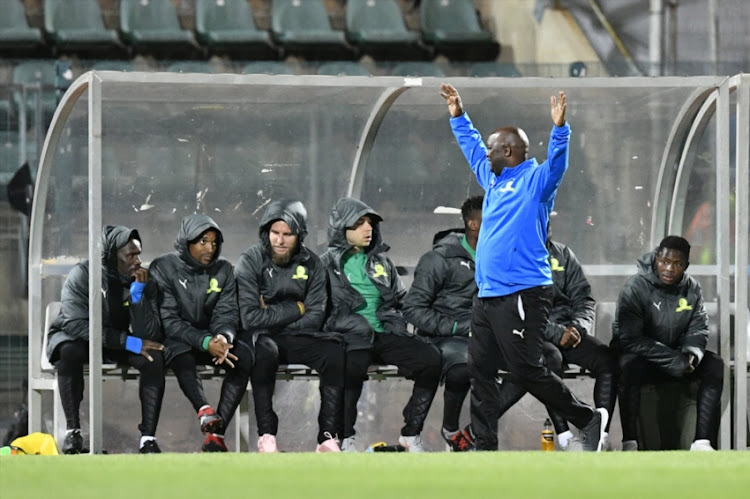 Mamelodi Sundowns versus Orlando Pirates is the most eagerly-awaited fixture on the Absa Premiership calendar simply because it regularly – as in‚ almost every single time – produces fireworks in the best traditions of skilful South African football.

Defending champions Sundowns and Pirates meet for the first time this season at Loftus Versveld on Saturday as among the early pace-setters in third and first place in the Absa Premiership.

They have begun in such foreboding form – neither too quick out of the blocks‚ both with plenty of room for improvement – that they are most pundits’ early favourites for the race for the title.

The reasons for Sundowns-Pirates always being such an explosive affair (and yes‚ we can just about say “always”‚ because you’d have to go far back in your memory to find one that wasn’t) are varied.

Partly it’s the star quality on show. Of the big three in South Africa‚ Downs and Bucs are the two who regularly plunder smaller teams‚ and scour the continent‚ for top-class talent in every six-month transfer window.

Chiefs‚ too‚ as a result of seemingly having fallen behind in signings‚ appear more willing to compromise on style in search of results‚ such as when Stuart Baxter won Amakhosi league and cup doubles in 2012-13 and 2014-15 with clinical‚ Manchester United-like football.

Downs coach Pitso Mosimane is currently rebuilding his team from the losses over the past three years of the cream of his 2016 Caf Champions League-winning star power – Leonardo Castro‚ Keagan Dolly‚ Khama Billiat and Percy Tau.

New additions of the past year are taking some time to gel‚ none more so than prolific striker Jeremy Brockie from SuperSport United.

Mosimane and the Kiwi international will both hope that Brockie finally notching his first goal after 11 months at Chloorkop in Downs’ 3-1 midweek win against Free State Stars at Loftus can open the floodgates.

The win against Stars was Sundowns’ first at home this season. They are the only team unbeaten in the PSL‚ but five draws and four wins from nine matches reveals the extent to which Andile Jali‚ Lebohang Maboe‚ Joe Ali Meza‚ Toni Sylva‚ and more‚ have yet to gel with their new team.

One player who has hit his stride is the Uruguayan playmaker Gaston Sirino‚ who arrived at Sundowns in January and Mosimane has tipped for PSL player of the season in 2018-19.

After a morale-boosting win against Stars where Downs perhaps for the first time this season showed signs of their free-flowing best form‚ Mosimane again raved: “Gaston Sirino‚ unbelievable – for me the best player in the league.

“If he doesn’t score he gives us assists. And not easy goals – he scores crackers.”

The coach admitted: “We are a team in construction. We are not yet flowing. But I’m happy we created so many chances [against Stars].”

Both Sundowns and Pirates were able to introduce players in need of game time in midweek.

Pirates coach Milutin Sredojevic could bring Thabo Qalinge into his starting lineup‚ and Abel Mabaso‚ Thabiso Kutumela and Kudakwashe Mahachi off the bench‚ and‚ showing Bucs’ fearsome depth‚ still manage a 2-1 away win against Polokwane City.

“After the Telkom quarterfinal [won 3-1 in extra-time against AmaZulu in Durban on Saturday night] we came here to play within 72 hours. We had a balanced squad – five players with fresh legs and five who had match fitness from Saturday‚” Sredojevic said.

“The biggest positive was not just the three points and winning against a very good team. It was introducing several players who had not had minutes.”

Sundowns were to make a late call on Sirino‚ with a calf strain.