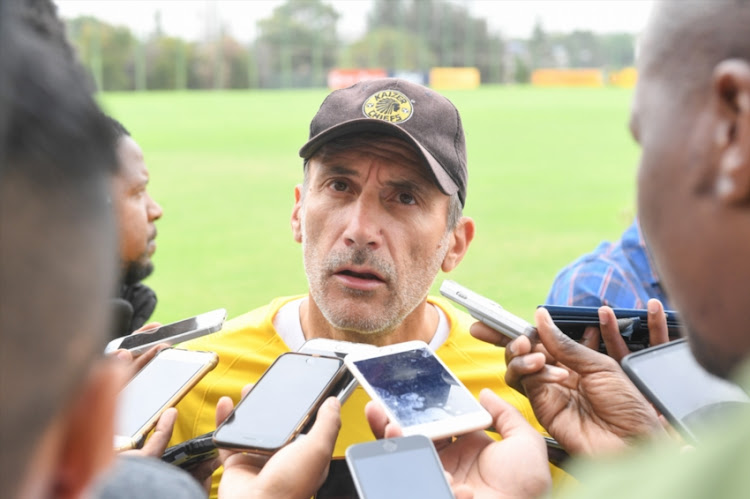 If Kaizer Chiefs thought Black Leopards were a tough opponent on Wednesday‚ then they had better brace themselves for an even more attacking Chippa United‚ coach Giovanni Solinas is warning.

Chiefs were under pressure for significant periods of their Absa Premiership clash against Black Leopards at FNB Stadium on Wednesday night‚ which they still won 1-0.

They can be sure they will face much the same form of challenge against Eastern Cape side Chippa when they play them behind closed doors at the Moses Mabhida Stadium in Durban on Saturday‚ Solinas said.

Plus‚ the coach added‚ Chippa are going to be considerably fresher going into the game‚ which could prove a huge factor in their favour.

It will be the first game for Chippa since their 1-0 loss to champions Mamelodi Sundowns in East London a fortnight ago while Chiefs play a third game in six days.

They beat both SuperSport United – in the Telkom Knckout quarterfinals on Sunday‚ also at Moses Mabhida – and Leopards by single goals. “Maybe we didn’t play our best games but I’m happy we got the results‚” said Solinas.

“Within six days we are travelling twice up and down to Durban and you can understand there will be fatigue. But I don’t want to make that an excuse‚” Solinas said.

On the opponents‚ the 50-year-old Italian added: “Chippa are a very dangerous team. They showed that against Orlando Pirates in the Telkom Knockout. We need these three points but Chippa will be very difficult to beat.”

Chippa had Pirates on the back foot for much of that their 1-0 Telkom last-16 defeat against Pirates on October 20‚ despite it being played at Bucs’ Orlando Stadium.