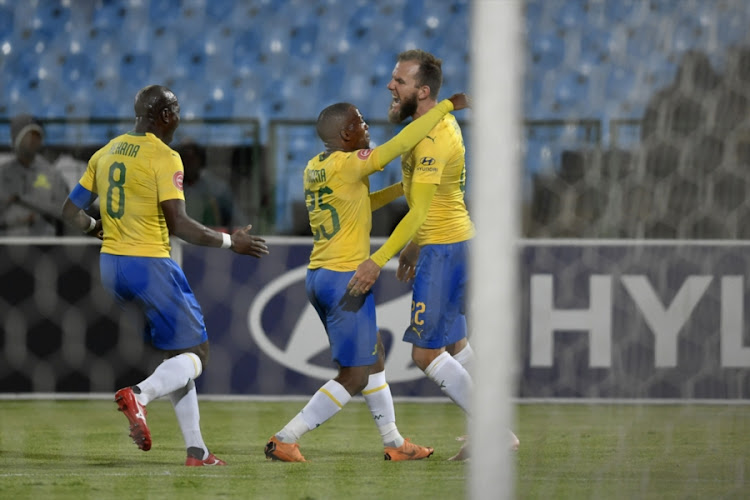 On-form Orlando Pirates will find an equally spirited Mamelodi Sundowns when they arrive in the capital for the eagerly anticipated Absa Premiership clash at Loftus on Saturday.

The Brazilians registered their second league win on the spin when they overpowered Free State Stars 3-1 on at Loftus Wednesday night to move third on the log and this result will serve as a huge morale booster for the visit of log-leaders Pirates.

Sundowns claimed all the six points from the last two matches against Chippa United and Stars while Pirates beat Kaizer Chiefs and Polokwane City to wet the appetite of the fans ahead of the showdown on Saturday November at the same venue.

Against Stars, Sundowns coach refreshed his starting line-up by handing forgotten midfielder Aubrey Ngoma his first start of the season and he returned with a solid shift before he was replaced by Tiyani Mabunda on the hour mark.

Mosimane also handed striker Jeremy Brockie and the under pressure New Zealander repaid the faith in him with the opening goal that set Sundowns on course to this victory.

Brockie broke his goal scoring duck in the 12th minute with a left-footed shot from close range to give Stars goalkeeper Ali Sangare no chance after he connected with a cross from Lebohang Maboe.

Brockie’s wild celebrations after scoring his first competitive goal in more than a year since he joined the Brazilians in a high profile move from cross-town rivals SuperSport United in January was that of relief.

Though Sundowns managed to score three goals, Mosimane would be concerned that they did not add to their tally in the second half because his attackers missed a plethora of chances.

The other worry for Mosimane, with Pirates looming large, is that goalkeeper Reyaad Pieterse looked suspect and he may be exploited by the Buccaneers strikers who have scored four goals in their last two league matches.

The other goals for Sundowns came from man-of-the-match Gaston Sirino who showed nerves of steel to convert from the penalty spot in the 24th minute after referee Victor Hlungwani adjudged Bangaly Keita to have hacked Ngoma in the box.

Three minutes later, Sirino stretched Sundowns’ lead with a thunderous left footed shot from the edge of the penalty box to give Sangare, who was busy on the night, no chance as the ball it flew on its way to kissing the top right corner of the net.

The three goals lead somehow lulled Sundowns into a false sense of security as they took their foot off the pedal and they were duly punished by Harris Tchilimbou who pulled one back after 36 minutes from a cross by Judas Moseamedi.

Stars, who lost Nyiko Mobbie to a red card on the stroke of full-time, remain eight on the standings and coach Luc Eymael will have to find a way of motivating his players as they have managed only two points from their last three league games.

Sundowns compete in another space‚ says Mosimane after Baroka loss

Mamelodi Sundowns will be looking to keep up the pace with early-season pacesetters Bidvest Wits when they host unpredictable Free State Stars in ...
Sport
2 years ago

Will Pitso stick with erratic Pieterse?

Pitso Mosimane will have a tough decision to make of whether or not to play Reyaad Pieterse.
Sport
2 years ago
Next Article