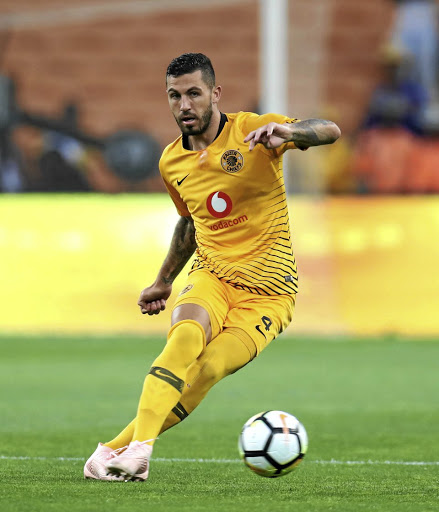 Centreback Daniel Cardoso is expected to replace suspended Siyabonga Ngezana at the heart of the Kaizer Chiefs defence as they take on Black Leopards at FNB Stadium tonight.
Image: Muzi Ntombela / BackpagePix

For a team that has ambitions of winning the league, Kaizer Chiefs' home form has not been good enough as they welcome Black Leopards at FNB Stadium tonight (7.30pm).

In four home Absa Premiership games, Chiefs have won against AmaZulu (2-0) and drew with Bloemfontein Celtic (2-2). Amakhosi have lost to Bidvest Wits (1-3) and Polokwane City (0-1) in their own backyard.

Giovanni Solinas's men, however, would be buoyed by their Telkom Knockout quaterfinals 1-0 win over SuperSport at Moses Mabhida Stadium at the weekend.

The Italian felt that the supporters were crucial as the 12th man against Matsatsantsa in Durban.

But Chiefs have not enjoyed a big following at FNB Stadium, and Leopards, without Chiefs' 12th man, would fancy their chances heading into the clash.

Lidoda Duvha will have to play better away before they entertain any chance of beating the hosts.

In four away games, Leopards have lost to SuperSport United (0-4), Golden Arrows (0-1), while drawing against Highlands Park and Chippa United, both ending 2-2.

Leopards, though, gave Chiefs a scare in the Telkom Knockout last 16 a month ago, also played at FNB Stadium.

After taking the lead through Phathutshedzo Nange in the first half, Chiefs eventually found the equaliser via the boot of Hendrick Ekstein in the second half and went on to beat the Limpopo side 4-2 on penalties.

Solinas, meanwhile, will be forced to shuffle his defence again with confirmation that
centre-back Siyabonga Ngezana will miss the clash because of suspension.

Daniel Cardoso is likely to get the nod to feature alongside Mario Booysen in the heart of defence, but Mulomowandau Mathoho and Teenage Hadebe are also available.

Solinas's counterpart Joel Masutha has warned that Leopards will come out to play from the first minute.