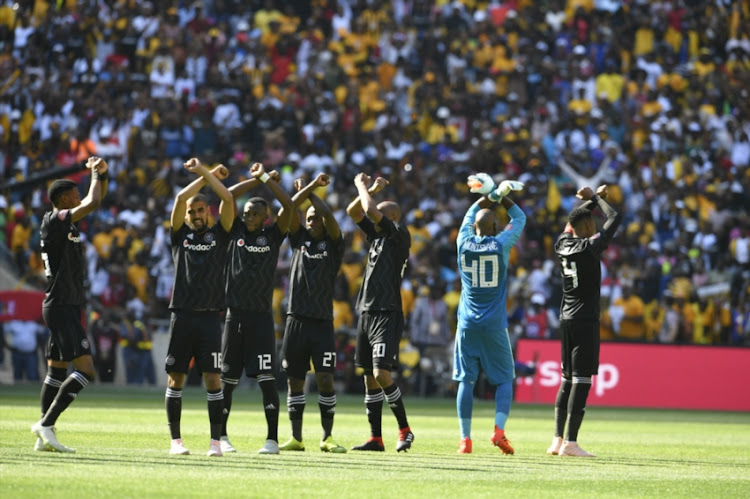 The draws for both the Caf Champions League and the Caf Confederation Cup‚ which kick off at the end of the month‚ have been delayed but leaks say Orlando Pirates will meet Swazi opposition and Mamelodi Sundowns have been given a bye.

The Confederation of African Football (Caf) had planned to release the pairings for the first two knockout rounds last Saturday but delayed them as they sought clarification over the possibility that Morocco might have to change their entrants.

This depended on the outcome of the upcoming Confederation Cup final between Raja Casablanca and AS Vita Club of the Democratic Republic of Congo.

That clarification will come from Caf’s emergency committee in the next days and is not more than a small procedural matter.

But it has meant a longer wait for the draw.

The word ‘draw’ is perhaps the wrong term because it is tradition that parings for the early knockout rounds in the two annual Caf competitions are worked out in committee and not picked out of a hat‚ as many have wrongly assumed.

This has always been the case so that pairings are made with geographical considerations a priority‚ primarily to ensure that the small clubs entering the early stages are not subjected to bank-breaking cross-continental travel.

Costs are kept down as clubs are paired with teams from nearby countries.

The ‘draw’ is therefore the work of officials in the competitions department at Caf HQ in Cairo and is then massaged and modified at the meeting of the Caf Inter-Clubs Committee.

There was such a meeting in Marrakesh last week‚ but members were unable to decide what to do about Morocco‚ so have kicked a decision upstarts to the emergency committee‚ made up of CAF’s top officials.

But from the Marrakesh meeting have sprung some leaks and it is said that in the Champions League Pirates have been pitted against Swazi champions Mbabane Swallows while Sundowns have been handed a first-round bye.

If this is the case‚ then it is a tough draw for the Buccaneers. The Swazi club scored six goals in two games against Platinum Stars in the group stage of the Confederation Cup in 2016 and this year became the first team from eSwatini to qualify for the Champions League group stages.

There was‚ however‚ no word on the possible fate of Free State Stars and Kaizer Chiefs in the Confed Cup.

There are two knockout rounds in the Champions League and three in the Confed before clubs qualify for the group stage.

It is only for the group stages that a ‘proper’ draw is done and this will be conducted just after Christmas in Cairo.