Kaizer Chiefs scrape past Black Leopards to move to fourth 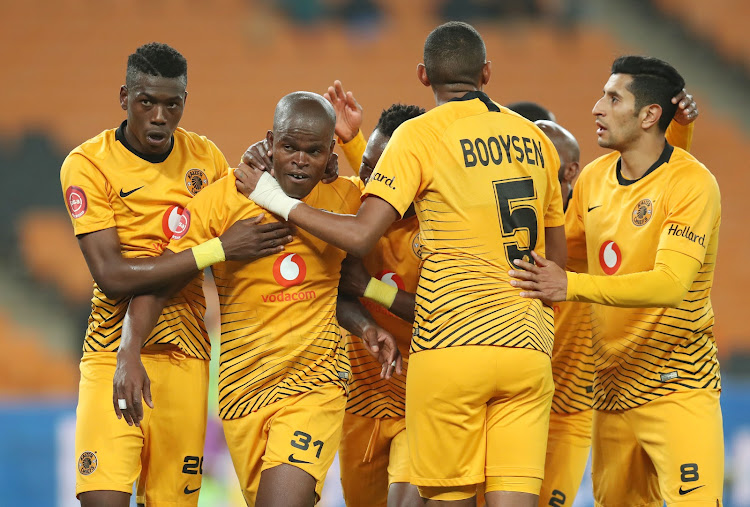 Kaizer Chiefs have been just a little more circumspect in their approach in their last two games, and the approach yielded a second 1-0 result for Amakhosi in their Absa Premiership matchup against Black Leopards at FNB Stadium on Wednesday night.

Amakhosi coach Giovanni Solinas at one stage this season, as he finds his feet at the imposing home of one of the continent's biggest-supported teams at Naturena, seemed hell-bent on all-out attack.

Some good results were followed by some not-so-good ones. In their last two games, it's been a bit more cautious, a bit more measured from the Soweto giants.

And it was their ultimate Mr Consistency, Willard Katsande, who delivered the 42nd-minute headed goal that separated the teams and earned Chiefs a second 1-0 winning result in four days following their Telkom Knockout quarterfinal victory by that margin at Moses Mabhida Stadium in Durban on Sunday.

Chiefs' new Madagascan Dax was given a first start by Solinas having previously made two substitutes' appearances, and put in a solid shift in central midfield just in front of Katsande.

Amakhosi did just enough to claim to have edged the first half, and consequently took the slenderest lead into the break.

It was Leopards, though, who had the first two chances inside the opening 10 minutes.

First big Zambian striker Mwape Musonda, down the right, and then Phathutshedzo Nange down the left, were played into the box to produce cleanly-struck shots on target that forced solid saves from Itumeleng Khune.

But Chiefs regrouped and found their shape. They opened Leopards when Leonardo Castro's ball squared across goal and found Dumisani Zuma to shoot into the chest of goalkeeper King Ndlovu.

Khama Billiat, of course, was influential in attack, connecting a volley from the edge of the area that blazed a foot-and-a-half over the bar.

Amakhosi took the lead after forcing a corner through pressure. Billiat's delivery was flicked on at the near post by Ramahlwe Mphahlele as Katsande was able to bullishly force his way in front of a challenge and head an ultimately easy finish from three metres past Ndlovu.

Chiefs continued to keep their noses in front, but still without a clear domination in the second half.

In the 55th minutes dimunitive Leopards forward Lifa Hlongwane was allowed through as Khune had to come out and smother for the stop.

At the other end Mario Booysen beat offside to be alone for a header that the centreback directed powerfully, but straight at Ndlovu.

Leopards should really have earned an equaliser, but were denied by the reflexes of Khune. Lesedi Kapinga's corner was not cleared and Mthokozisi Nene's shot from two metres found the arm of Khune, in a superb stop from the Bafana Bafana No .

Black Leopards coach Joel Masutha is under no illusions about what his team will be up against when they return to FNB Stadium on Wednesday night to ...
Sport
2 years ago

Kaizer Chiefs right-back Ramahlwe Mphahlele has said he certainly meant to shoot for goal with his wonder strike from a crazy angle in his team’s 1-0 ...
Sport
2 years ago

The Telkom Knockout semifinal between the Soweto giants Orlando Pirates and Kaizer Chiefs scheduled for November 24 may be played outside of its ...
Sport
2 years ago
Next Article