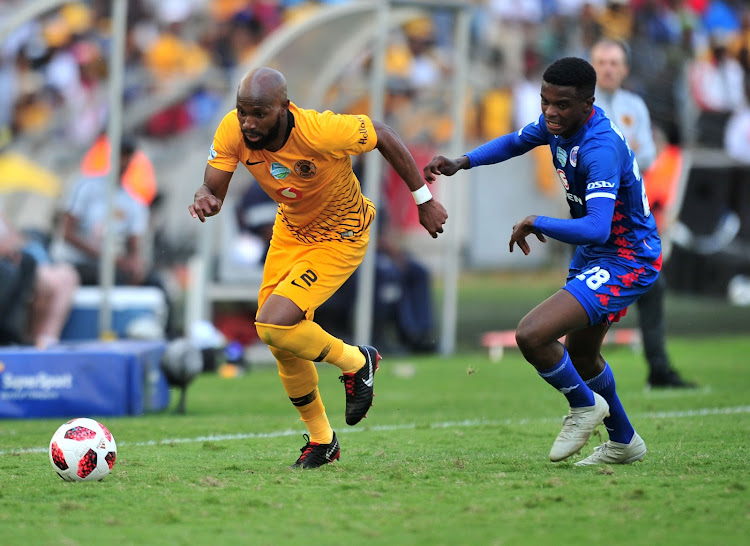 Kaizer Chiefs right-back Ramahlwe Mphahlele has said he certainly meant to shoot for goal with his wonder strike from a crazy angle in his team’s 1-0 Telkom Knockout quarterfinal win against SuperSport United on Sunday.

Mphahlele’s swerving half-volley from the right edge of the area at Moses Mabhida Stadium in Durban was cleanly struck and had Matsatsantsa goalkeeper Ronwen Williams flapping at air.

Give the angle‚ some might speculate Mphahlele had mis-hit a cross rather than shooting for goal.

In truth‚ though‚ the shot was hit with such power that such an assertion would be unfair on the quality of the Bafana Bafana right-back’s strike.

“I was definitely going for the goal‚” Mphahlele said.

“I tried the same shot a bit earlier in the game as well‚ but the ball was deflected via an opponent for a corner.

“I connected really well and I immediately felt confident that it would hit the back of the net.

“We knew that we needed to win. I took the shot on purpose‚ but it was also a bit a moment of madness. It all worked out beautifully.”

Amakhosi need to bounce back in the league from their 2-1 Soweto derby defeat against Orlando Pirates last week.

Mphahlele said seventh-placed Chiefs are aware that 12th-placed Leopards have had a promising return to the PSL so far.

“They like to play and won’t sit back‚ parking the bus. They also have a good coach in Joel Masuthu. It promises to be an exciting game to watch‚” the defender said.

“We must bring the same fighting spirit to this clash as we did against SuperSport on Sunday. We must get stuck in.”