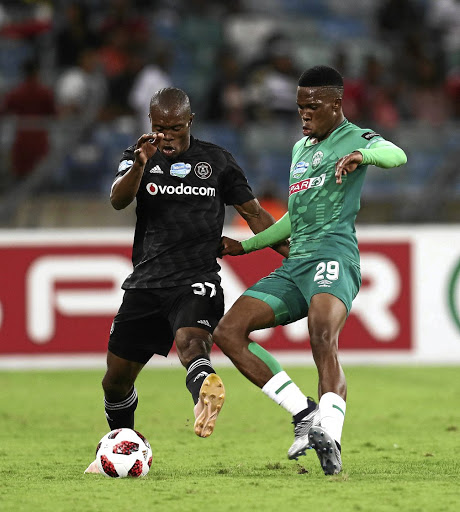 Orlando Pirates coach Milutin Sredojevic may have already brought hope that the club is heading in the right direction after reaching the Telkom Knockout semifinals on the back of claiming the bragging rights in the Soweto derby last week.

But to fully endear himself to the Buccaneers faithful, it goes without saying that Sredojevic needs to end the club's four-year trophy drought by clinching the Telkom KO, their easiest route to silverware currently.

Pirates booked their berth in the last four after beating a stubborn AmaZulu side 3-1 in extra-time at Moses Mabhida Stadium at the weekend.

Xola Mlambo and Thembinkosi Lorch were on target for Sredojevic's men, with the latter netting a brace. Bonginkosi Ntuli's goal late in the first half, which had cancelled out Lorch's first strike, eventually proved a mere consolation as the Soweto heavyweights stepped up a gear in extra-time.

"It was so important for us to pass through to the next round. Any cup or any match for Orlando Pirates is the most important in our lives," said Sredojevic.

The Serb has always acknowledged the value of the supporters and the significance of satisfying their wishes.

He therefore didn't rebuke his troops for showboating towards the end of the game.

"Football is played for supporters, we are serving them. Last season we healed their souls. This year we want to feed them.

"It was not an intention to disrespect AmaZulu. The intention was to excite our supporters and thanking them for their support," stated the Bucs mentor.

The Sea Robbers will be eager to maintain their momentum when they switch focus to the league tomorrow as they travel to Peter Mokaba Stadium to face in-form Polokwane City.