Baroka pumped up after win 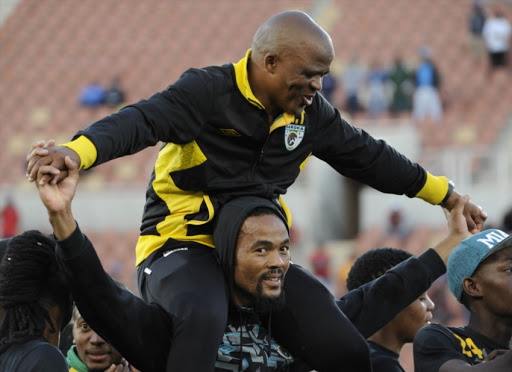 Baroka stand-in coach Matsemela Thoka had a close shave with death before his side's shock 2-0 win over Mamelodi Sundowns at Peter Mokaba Stadium on Saturday.

He made it to the bench to watch Mduduzi Mdantsane convert a first-half penalty and an own goal by Reyaad Pieterse to earn a place in the Telkom Knockout semifinals for Bakgaga.

Days before the clash, Thoka was involved in a car accident and escaped unharmed. He stood in for coach Wedson Nyirenda, who returned to Zambia because of a family bereavement.

Thoka was full of praise for the way his boys responded.

"I'm proud of my boys. They didn't respect Sundowns.

"We managed to go through to the semifinals. The last two seasons we were being knocked out in the quarterfinals.

"Now we will go straight to the final. I don't have any doubt about that," Thoka said.

Thoka, who was previously team manager at the club, has urged the boys to show the same fight in the league. Baroka are currently in 15th place.

"I think going forward it will motivate the boys, but one thing that worries me, we are not having good results in the league.

"But I think we will take this performance to the league. I think this game will give us a morale booster. We must see ourselves in a good position in the league," he added.