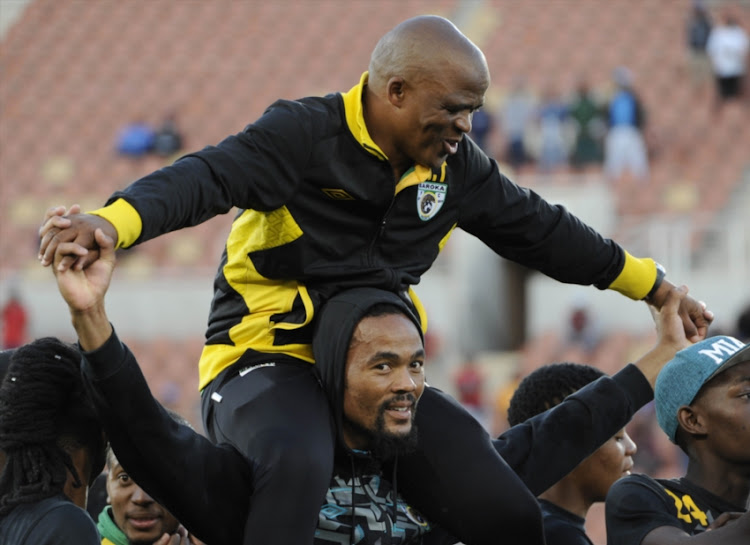 Baroka FC’s assistant-coach Matsemela Thoka will take his place on the bench standing in for head coach Wedson Nyirenda in their Telkom Knockout quarterfinal against Mamelodi Sundowns having escape with minor injuries form a car accident.

Thoka was involved in a car accident on Thursday night near Polokwane returning home from a friendly match‚ but he and his family‚ who were in the car‚ escaped without any serious injuries‚ Baroka CEO Morgan Mammila said.

Had Thoka suffered a serious injury it would have been a problem for Baroka’s bench in their Telkom matchup against Sundowns at Peter Mokaba Stadium on Saturday (kickoff 3pm)‚ as the assistant will stand in as caretaker-head coach for a match for Nyirenda.

Baroka’s head coach has returned to Zambia due to a family bereavement.

“He actually only received a slight injury. I spoke with him last [Thursday] night‚ and he can’t wait for Saturday’s match‚” Mammila said on Friday.

“He does not have an injury that will keep him off the bench. But I think that even if he was in plaster he would come.

“He’s saying that he just wants to do it for his head coach.”

Mammila said Thoka’s injury was “just more of shock‚ and a slight injury to his leg”.

The Baroka CEO said the assistant-coach and his family had been lucky to escape with no real injuries from an accident that saw his car totaled‚ which took place about 1km from Thoka’s house in Polokwane.

Mammila said‚ according to the information provided to him‚ the accident involved a collision with a another car that had gone out of control.

“It was a serious accident. Thank God no-one was hurt because his wife and kids were in the car‚” Mammila said.