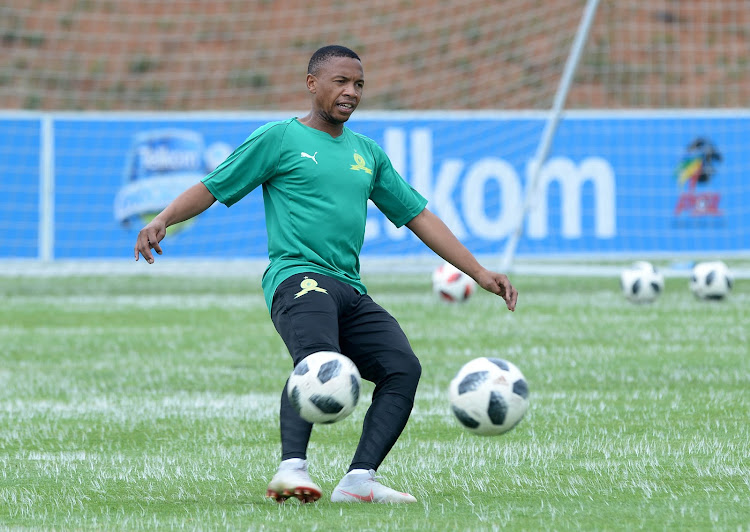 Andile Jali’s brush with the law early this week is not a subject that is under discussion at his club Mamelodi Sundowns and the player is set to travel with his teammates to Polokwane to face Baroka FC at the Peter Mokaba Stadium this weekend.

Jali spent Monday night at a Pretoria East police station and was released on bail on Tuesday morning after making a brief appearance in court on a charge of domestic violence.

The midfielder was not charged for assault and his arrest was related to domestic violence and malicious damage to property after he allegedly damaged his wife's car.

The Bafana Bafana midfielder's case has been remanded to next month and he was able to resume training this week.

His coach Pitso Mosimane preferred to concentrate on matters on the pitch on Thursday and said he enjoys a good working relationship with the talented midfielder but troubled played.

“Let’s try to avoid the other stuff and stay on the football side‚” Mosimane said at Chloorkop as the Brazilians prepared for the trip to Limpopo.

Jali‚ who was the man-of-the-match in their last match against Chippa United last weekend‚ trained with the rest if his team-mates on Thursday morning and he is expected to start against Baroka.

“He is unbelievable‚" said Mosimane.

"He works for you and you can see by his body that he has lost weight.

"Here at Sundowns we make sure that you lose the weight.

"He has been a professional‚ he never missed one training session and he helps Hlompho Kekana in the midfield.

After a slow start to the campaign‚ Sundowns are on a two-match unbeaten streak following recent wins over Bloemfontein Celtic and Chippa United.

Mosimane said he would not make too many changes. “If it was in Europe‚ it would be a given that I would play fringe players because this tournament is like the league cup‚" he said.

"But you have to respect that this is what South Africa is and the fans are not going to be happy with you when you make too many changes.

"This is the cup where you have to give other guys a chance‚ but we are not free-flowing at the moment and not in the space of giving others a chance.

"Maybe after we put three wins and we have consistency we can think of giving others a chance.”