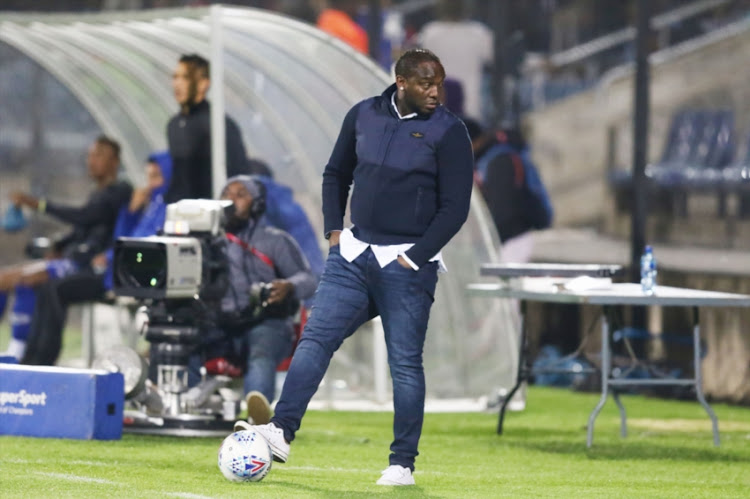 Coach Benni McCarthy says a stroke of luck might have found him his “Sergio Ramos” after Mozambique defender Edmilson Dove excelled at centre-back for Cape Town City in the 3-0 league victory over AmaZulu at the weekend.

Edmilson has been one of the most consistent left-backs in the Premier Soccer League since joining City in January 2017‚ but does not always get the plaudits others enjoy at bigger clubs.

He has been vying with the impressive Ebrahim Seedat for the left-back position at City‚ but answered an SOS call from McCarthy at the weekend and came through with flying colours.

With Ivorian centre-back Koussi Koudja out injured and Kwanda Mngonyama suspended‚ a knock for youngster Keanu Cupido left McCarthy with only Taariq Fielies as a recognised centre-back for the game against Usuthu.

"It is a stroke of luck really!” McCarthy enthused.

“Kwanda was suspended and Keanu Cupido was destined to play‚ but then he picked up a knock and was limping‚ complaining and moaning the whole time.

"Eventually I had to make a decision and I said we have got two really good left-backs in Edmilson and Seedat.

"Edmilson is pacey‚ really quick‚ and he is scandalous in the air‚ he is one of the best headers I have seen in the game.

"He's calm and I had seen a game where he had played in a back three for Mozambique. I asked him if he could do a job for us. But yeah‚ I think I've found my Sergio Ramos!”

McCarthy was delighted with the application of Edmilson‚ who looked rock-solid and gave little opportunity to the powerful Bongi Ntuli and skillful Emiliano Tade up front for Usuthu.

With Mngonyama set to return from suspension for the home game against Black Leopards on November 11‚ it remains to be seen if the experiment will be continued‚ but McCarthy at least knows he has a strong fifth centre-back option in his squad.

“I will claim that as my tactical genius to move him there!

"But seriously‚ it was just by accident really because we didn't have two fit centre-backs. But it is good for us to have these options going forward‚” he said.