Pirates team of the moment in league 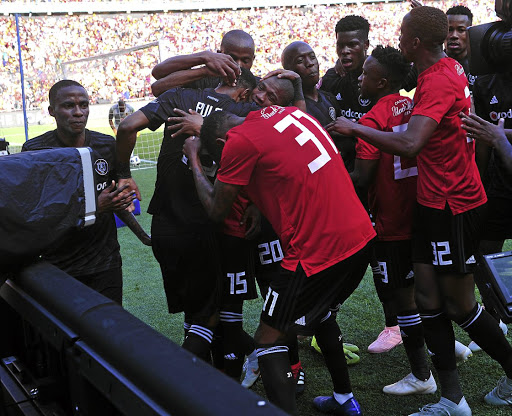 Orlando Pirates made their intentions clear when they beat Kaizer Chiefs 2-1 in the Soweto derby at the weekend.
Image: Veli Nhlapo

Orlando Pirates can be forgiven for feeling a bit invincible at the moment. After all, they are the best-performing team so far this year.

A calculation of the points accumulated in 2018 by clubs in the Absa Premiership demonstrates that the Buccaneers are head and shoulders above the rest.

Since the start of the year, the Soweto giants have collected 54 points in the league. They have registered an impressive 16 wins, six draws and four losses all year.  The Sea Robbers recently put an exclamation mark on their superb form with an emphatic 2-1 Soweto derby victory over their arch-rivals Kaizer Chiefs.

This is the reason why assistant coach Rulani Mokwena felt that the players were not getting enough credit for the turnaround.

“Not a lot has been said about this team and the amount of work these players have done,” Mokwena said.

“People are not aware that in 2018 Pirates have picked up more points than other teams from the beginning of the year to now. We are still one of the teams, if not the only team, that keep the most possession and have a clear playing identity.”

The tactical whizz kid of South African football does have a point. Pirates are nine points clear in the 2018 points standings. They are followed by Mamelodi Sundowns and Bidvest Wits, both with 45 points, while Amakhosi have collected 40 points.

In their second season since Mokwena and head coach Milutin Sredojevic took over the technical team, they have also had a far more improved start in the league. “We are in a better position than we were at this time last season but not a lot is being said about this. Sometimes it pains me that not a lot of credit is  given to these players for the amount of hard work they put in and the sacrifices behind the scenes.”