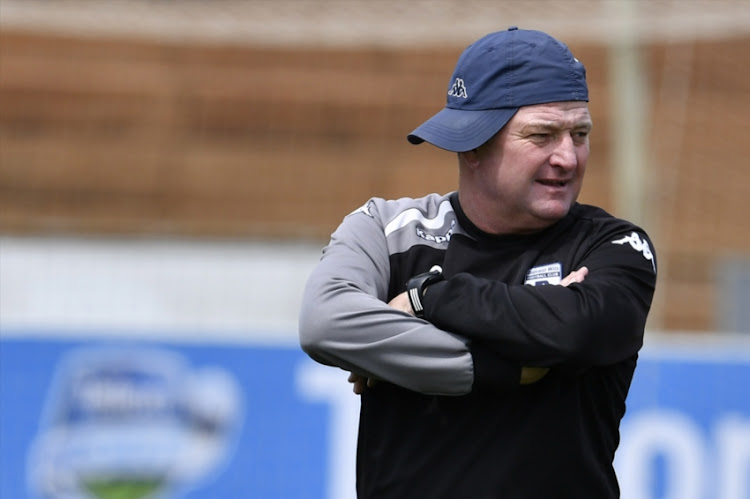 “Keegan Ritchie could not play left-back to save his life‚” Gavin Hunt has said of a Bidvest Wits player who actually has played left-back for most of his adult life.

Wits’ straight-talking coach Hunt said Ritchie should have been Wits’ man-of-the-match in their 1-0 win against Highlands Park at Bidvest Stadium on Friday night that kept the Clever Boys top of the Absa Premiership.

“He can’t play left-back to save his life.

"So when I get told that I don’t know what I’m doing – ‘What are you doing‚ are all the other coaches wrong?’ I say‚ ‘Well‚ maybe they are. Maybe I’m right’‚” Hunt said.

“He’s been magnificent in midfield. He can’t play left-back to save his life. And that’s maybe why he’s had more clubs than Gary Player.

“But he’s a midfield player. He’s got delivery. He was our best player against Highlands – he should have won man-of-the-match.

Ritchie has been taken under the wing of ex-Bafana Bafana left-footer‚ and one of Hunt’s Wits assistant-coaches‚ Dillon Sheppard.

“But he couldn’t play left-back‚ Dillon Sheppard – no chance.”