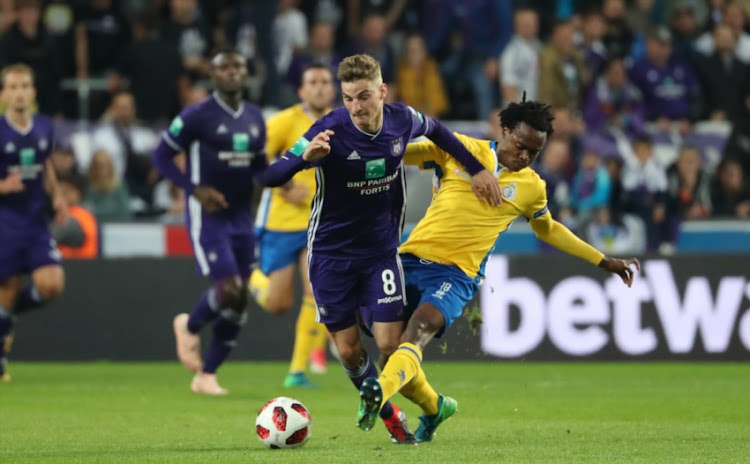 Percy Tau continued his red-hot form in Belgium when he netted again for second-tier side Royale Union St Gilloise in a 2-0 league victory over Beerschot Wilrijk on Tuesday night.

The Bafana Bafana star‚ who has been a real hit after arriving on loan from English Premier League Brighton & Hove Albion‚ struck a late second for his side to take his tally to three goals in his last four games for his side‚ to go with a number of assists.

He has helped Union into second place in the league and on course for promotion‚ with the side currently a single point behind leaders Mechelen.

Tau’s form is good news for Bafana coach Stuart Baxter as he prepares his team for the African Nations Cup qualifier against Nigeria next month‚ with the forward a key part of the national team set-up.

“It was difficult in the beginning‚ as I expected it to be‚” Tau told SowetanLIVE in Brussels of his move to Belgium.

“Coming to a new environment was always going to be a challenge for me‚ but it was something I was prepared for. I have settled really well and am enjoying my football here.

“The coach‚ the players‚ they have all really welcomed me and I feel very comfortable here. My goal this season is to play and learn‚ get used to living in Europe and improve as a player.”

Tau admits that helping Union to promotion would be a massive moment for him in his first season abroad.

“It would be something very special‚ I would have to take a lot of pictures with that trophy!

"To come here and help the team to achieve that would be something I could always look back on as a big moment in my career.”

Union have two massive matches coming up‚ starting with a home clash against third-placed Lommel on Sunday‚ before they make the trip to table-topping Mechelen on November 11.