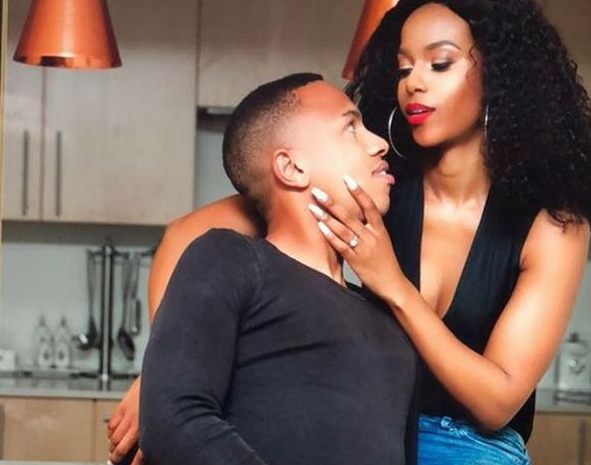 Boschkop police station officers are looking for Andile Jali’s wife Nonhle Ndala after it emerged on Tuesday afternoon that the Mamelodi Sundowns midfielder has opened a case of assault against her.

Jali spent Monday night at the Pretoria East police station and was released on bail on Tuesday morning after making a brief appearance in court on a charge of domestic violence.

But insiders told SowetanLIVE that the soccer star did not return home to his wife and children and is staying with a family friend.

Boschkop police station spokesperson Yeroboam Mbatsane said Jali alleged that his reality TV star and celebrity fitness trainer wife assaulted him during the altercation at their home and he opened a case of his own against her.

‘‘He reported assault and now I am looking for her. We will arrest her when we find her‚” said Mbatsane.

Mbatsane also added that Jali was not charged for assault and his arrest was related to domestic violence and malicious damage to property after he allegedly damaged Ndala's car.

Jali’s case has been remanded to December 6.

The insider said Jali missed training on Tuesday after spending the night in jail but is expected back at Sundowns’ Chloorkop headquarters on Wednesday.

He could be considered for selection in Sundowns’ away Telkom Knockout quarterfinal match against Baroka FC in Polokwane on Saturday.

Sundowns coach Pitso Mosimane was raving about Jali a few days ago after he played a starring role in the 1-0 league win over Chippa United in East London on Saturday.

Mosimane even suggested that Jali’s performance was further proof that he deserved to win his place back in Bafana Bafana after missing the last few games.

It remains to be seen if Bafana coach Stuart Baxter will name the player in the team to face Nigeria in a crunch 2019 African Nations Cup qualifier next month after his arrest this week.