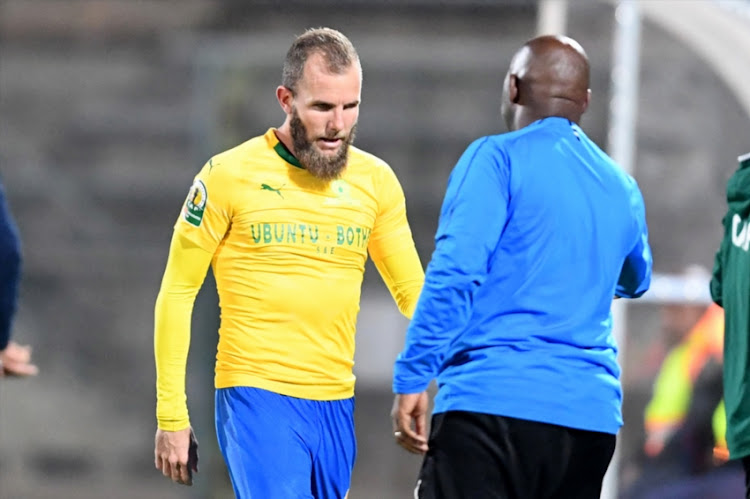 It's been a year since Jeremy Brockie found the back of the net and former Bafana Bafana striker Phil Masinga says only time will tell whether the Mamelodi Sundowns player will be able to find his scoring touch again.

Brockie last scored in a Telkom Knockout game against Bloemfontein Celtic while still with former club Supersport United and has not managed to find the back of the net in a competitive match since his highly publicised multimillion move to Sundowns in the beginning of the year.

Masinga said the New Zealander will have to get past some tricky challenges to overcome his goal drought.

“Obviously we are observing from far and we don’t know the happenings at their training sessions‚ but I know from experience that it is not easy to find your footing at a big club like Sundowns‚” said Masinga.

“I remember when I joined Sundowns from Jomo Cosmos‚ I struggled a lot because the two teams played different systems and I had no choice but to adjust my game so that I could fit in.

"At Sundowns you must be a striker who plays with the midfielders and at Cosmos the system was completely different.”

Masinga believes in the abilities of the 31-year old Brockie and the support structure he has under his former team-mate and coach Pitso Mosimane.

But Masinga pointed out that the situation is complicated because it involves the mental state of the player.

“If you are a striker and you are not scoring goals‚ you will obviously become frustrated and it becomes a mental thing and how one responds differs from player to player‚" he said.

"I really don’t know what has led to the drought in goals but the one thing I know is that he is not a bad player and he is surrounded by good coaches.

"He must just continue to work on his finishing at training and whenever he gets game time he must not try too hard.”

Masinga added that Brockie must break his drought soon because the longer the problem persist the greater the chance that the fans are going to be on his case.

“Unfortunately for him‚ age is not on his side and at his age you must be playing almost all the time‚" he said.

"I just hope for his sake that somehow he finds his goal scoring touch to help his club.

"He is not the only one at Sundowns who is going through some difficult times if you look at players like Siyabonga Zulu‚ George Lebese‚ Lucky Mohomi and Aubrey Ngoma.”