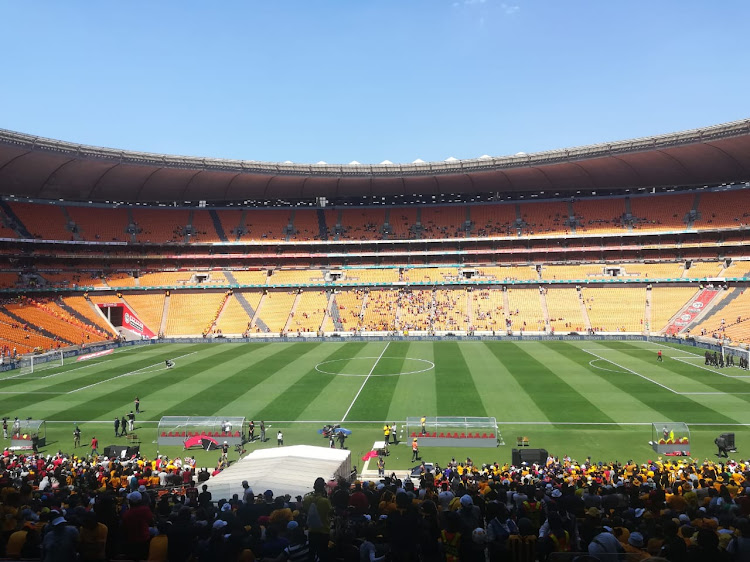 With less than two hours left to kickoff there were still many empty seats inside FNB Stadium with thousands of fans still outside the venue and negotiating their way to watch the 164th edition of the hugely anticipated Soweto derby.

Just after 1.30pm‚ there were no major incidents reported by the organisers and security and safety officers in and around the stadium‚ and it appeared that it was all systems for the match to start as scheduled at 3.30pm.

Hosts Orlando Pirates and their rivals Kaizer Chiefs go into this clash with little separating them as they are positioned second and third respectively on the Absa Premiership standings with a difference of two points.

A win for Pirates will see them close the gap on log leaders Bidvest Wits‚ who beat Highlands Park 1-0 on Friday night at home‚ to one point even though the Buccaneers would have played one more match.

For Amakhosi‚ three points will see them overtake Pirates into second spot and claiming the bragging rights.