Five reasons why Kaizer Chiefs will triumph over Orlando Pirates 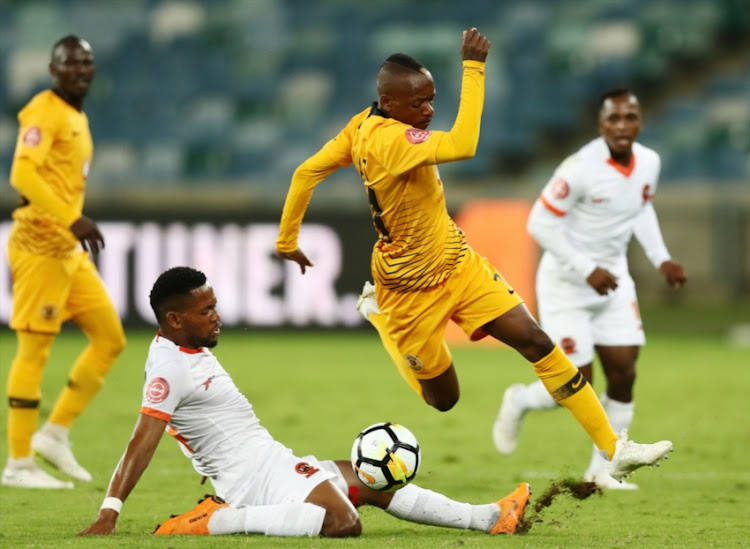 With the two teams flying high in the Absa Premiership Saturday’s Soweto derby between Orlando Pirates and Kaizer Chiefs at FNB Stadium was sold out by Friday.

When Billiat moved from Sundowns having won it all‚ including the league twice and the Caf Champions League‚ to Kaizer Chiefs‚ who had not won a trophy in three seasons‚ it seemed a step down.

It was a move to a bigger club‚ but was Billiat‚ after an injury-prone season‚ with whispers of enjoying the nightlife‚ looking for somewhere to take his foot off the gas?

The answer has been: no. Billiat has looked revived‚ playing with hunger and the enthusiasm and enjoyment of a kid. He seems to have thrived on the challenge of lifting Southern Africa’s greatest club back to where it belongs.

In his first Soweto derby‚ after Pirates assistant-coach Rulani Mokwena’s press conference words this week that Bucs never lost out on Billiat when the player chose Chiefs in the off-season‚ but chose not to sign him because of “question marks”‚ the little genius has it all to prove. Watch this space.

Castro apparently only resumed full training returning from an ankle injury on Monday. Chiefs seem set to risk him for a few reasons.

Firstly‚ Castro will be keyed up to prove Mokwena wrong that he would be a no-show. Secondly‚ his telepathic understanding with Billiat established when the two were part of the “CBD” with Keagan Dolly at Sundowns has continued at Chiefs. It will be Amakhosi’s biggest weapon on Saturday.

Castro‚ too‚ with his height and ability to hold up the ball‚ is almost as influential for Chiefs as the skilful Billiat. His presence has been missed as Amakhosi drew against Highlands Park‚ lost to Polokwane City and had to go to penalties to beat Black Leopards in the Telkom Knockout.

Sundowns had the CBD‚ now Chiefs have a CBZ in the making. Dumisani Zuma has grown immeasurably from the youngster who arrived at a battling Amakhosi from Bloemfontein Celtic last season and seemed to struggle under the weight of being one of the signings expected to turn Chiefs around.

His skills‚ vision‚ ability to make telling passes and get on the end of them too and score have become a weapon in Chiefs’ frontline.

Chiefs’ coach took some stick from Mokwena too for his technical ability and credentials to coach Chiefs. He too has something to prove.

While Solinas might have at times looked a little overawed and nervy at his surroundings at one of Africa’s biggest clubs‚ his response has been of brave‚ all-attack football.

His unpredictability has kept even Pirates guessing. Solinas again – as he had against Free State Stars a few weeks ago – rested seven players in Chiefs’ Telkom last-16 clash against Leopards at FNB on Sunday. Again he got away with it‚ but only just‚ as Amakhosi won on penalties.

The result‚ though‚ is a fresh‚ unpredictable Amakhosi who will line up against a Pirates who scraped past Chippa United 1-0 at home in the Telkom with a full-strength line-up. Expect a few surprises from Chiefs‚ and for them to go for the jugular from the opening whistle.

5. The logic is for a Pirates victory‚ so‚ given it’s a derby‚ Chiefs will win

Pirates are in second place in the PSL with four wins‚ four draws and two defeats. Chiefs are in third with three wins‚ five draws and two losses.

Pirates seem so confident of having a gameplan with which to stifle and consequently beat Chiefs – targeting Willard Katsande in central midfield and cutting off his supply to Billiat – that Mokwena was prepared to tell the world about it in his press conference on Monday.

It’s hard to see a plan of pinning back Katsande and putting him under pressure‚ separating him from the support of central partner Siphelele Ntshangase‚ for whom tracking back is not a strong point‚ not working.

But logic and form dictate nothing in a derby. Watch out for Chiefs’ backlash and the brilliance of Billiat‚ and the unpredictability of Solinas – they all can come back to haunt Pirates.