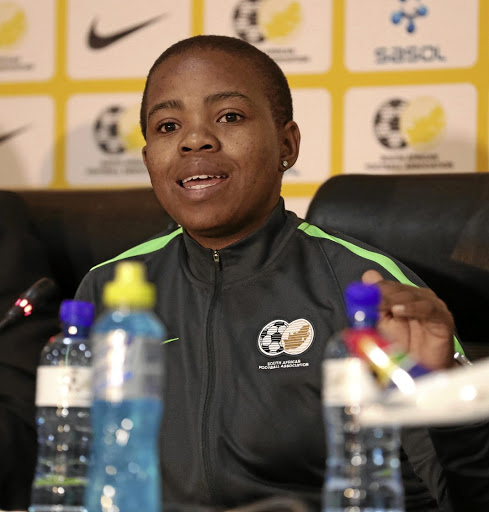 Before they embark on their journey to represent the country at the Fifa Under-17 Women's World Cup in Uruguay, SA U-17 women's team coach Simphiwe Dludlu wants her troops to prioritise passing their final exams.

Bantwana are in Group B alongside Mexico, Japan and Brazil. While they will only play their first match on November 13 against Mexico, Dludlu's charges depart for Uruguay on Saturday to continue with their preparations. This global showpiece concludes on December 1.

Nevertheless, before leaving the local shores and focus on the World Cup, Dludlu is determined to make sure her players are done with their exams as her squad is largely made up of high school pupils.

Bantwana are on the right path to do well at the World Cup later this year.
Sport
3 years ago

"We have been working tirelessly with the schools, telling them to send us more work [to help players prepare for their exams]. By the time the World Cup starts, we want them to be already done with their exams because juggling will be too much," said Dludlu.

"Two of our players [captain Sibulele Holweni and her vice-captain Karabo Dhlamini] are writing exams now [yesterday in their hotel in Roodepoort]. We have a tutor who's been with them when they were preparing for their exams.

"We want to make sure that they pass. You cannot have a World Cup status and fail your grade."

Dludlu, a solid defender for Banyana Banyana in her heyday, also revealed they could not get some of the players into the camp because of the ongoing end-of-year exams.

"We could not get some of the players into camp because they need to make sure they get their exams right to apply for varsity. First things first, we say 'education first'."

Asked how ready are her players, Dludlu said: "Mentally and physically we are almost there."

The coach will announce the squad to play in the World Cup today.