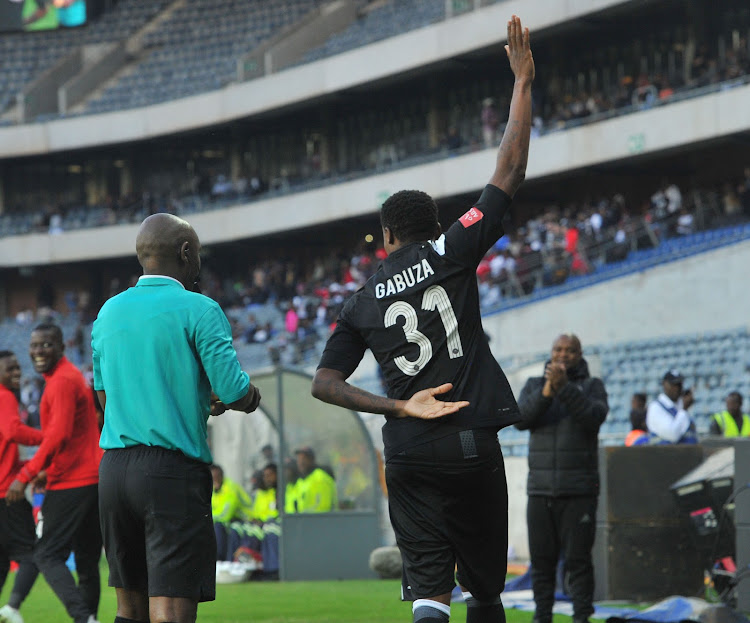 Orlando Pirates coach Milutin Sredojevic has hinted that Thamsanqa Gabuza could be the ace up his sleeve when the Bucs host traditional rivals Kaizer Chiefs at FNB Stadium in the Soweto derby on Saturday.

The Serb coach is yet to find a regular scorer and he didn’t rule out the possibility of introducing the gangling striker against Chiefs.

“Gabuza has not gone out of the team because of performance‚” said Sredojevic.

“He’s been out of the team because of an extra-ordinary case which we all know.

“He’s in contention for the derby and is one of the players who will try to fight for his place in the team.”

Most of the Bucs' league goals this season have come from left winger Vincent Pule (3)‚ with Zambian striker Augustine Mulenga and midfielder Thembinkosi Lorch contributing two each to a total tally of 12 in 10 league matches.

Gabuza was one of the unused substitutes when Bucs defeated Chippa United 1-0 in the Telkom Knockout last 16 encounter last week.

The Bucs striker who has proven to be one of the most controversial figures in SA football with his unique way of reacting to the boo boys.

He last played in August when he helped his team defeat Black Leopards 2-1 in a league match.

Gabuza‚ who is known as Gandaganda (tractor) because of his big bulldozing frame‚ produced one of the most bizarre and unprecedented scenes in SA football in that match when he took off his jersey‚ threw it to the Bucs fans and then stormed off the pitch to the dressing room.

Bemused Bucs coach Sredojevic tried in vain to stop him.

Gabuza’s reaction‚ which was triggered by the constant heckling and abuse he received from the fans after missing a couple of sitters‚ earned him a red card.

But after apologising to all the people associated with the club‚ it seems Sredojevic is ready to unleash him against Chiefs.

The 2015/16 season was the most memorable for Gabuza as he scored in both league matches against Chiefs when the Bucs beat Amakhosi 3-1 in the first round and then held them to a 1-1 draw in the return match.