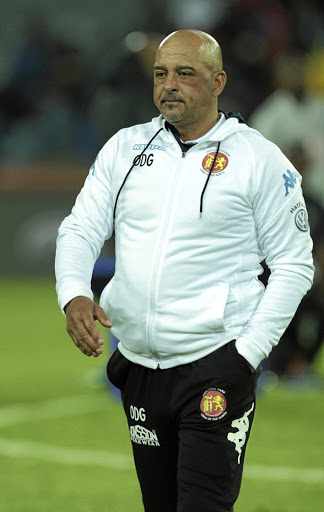 While some of Highlands Park supporters feel the early exit from the Telkom Knockout Cup was a blessing in disguise, coach Owen da Gama is a disappointed man.

Highlands lost 2-1 to Maritzburg United at Harry Gwala Stadium at the weekend, and were knocked out of the cup contest. Though others feel the PSL rookies are better off focusing on stabilising their position in the league, Da Gama has a different feeling.

"We wanted to win but it was not to be," Da Gama said yesterday.

"We had eight chances in the first half ... far more shots away from home, but it was not a good day in office for us.

"Once again, we conceded in the last minute to lose. Ninety percent of players in the team are youngsters who are new in the PSL, so it's a learning curve ... actually, I am very proud of them," he said.

Lions of the North rope in police over trial scam

Fraudster charges R2500 to register for trials.
Sport
3 years ago

Highlands, with one league loss, are eighth on the table.

"We would have liked to be in a better position on the log after seven games."

Da Gama feels that their PSL fixture against log leaders Bidvest Wits at Bidvest Stadium tomorrow night (8pm) is very important for them.

"We are playing them at their home, and not only are they on top of the log but they also have depth. Gavin Hunt (Wits coach) has assembled a very good, structured team."