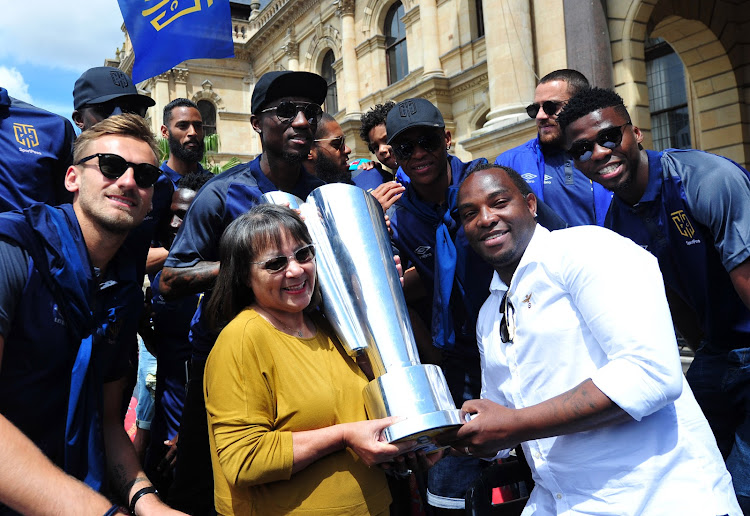 Benni McCarthy questioned whether he should continue as coach of Cape Town City after losing to AmaZulu in a Telkom Knockout encounter on Tuesday night.

But the City coach changed his tone a few minutes later and defiantly declare that he was determined to continue in the job.

McCarthy was plainly frustrated after another setback for City in what has been a poor season so far‚ save for their success in the MTN8‚ and continued with a 2-0 loss in the first round of the Telkom Knockout at the King Zwelithini Stadium in Umlazi, Durban.

McCarthy questioned the commitment of some of his players first‚ before turning the focus on his own ability and asking whether he might be the problem.

City have played 13 league and cup games this year‚ winning only three‚ losing five and drawing five‚ including the MTN8 final in Durban which they then won on post-match penalties.

They have not scored in their last four outings‚ not since Ayanda Patosi’s double against Orlando Pirates in the league in mid-September which McCarthy missed because his wife was ill.

“I can only do as much as I can in the training pitch but it’s the players who go out there on the pitch‚" he said.

"Make no mistake‚ I want to win every game. Professional sportsmen are in it to win it.

“My players need to get it into their thick skulls that in every game we need to play to win. It is not good enough just to play beautiful football.

“It’s getting to that stage where something has got to give and changes have to be made.”

But then he changed tact and said: “Maybe management should look at me because something is not sticking with the players.

"Maybe it’s because I’m not the guy they want to play for. I’m just saying!

“Games like this make me wonder what is going wrong and maybe I’m not the right person at this time.”

But within minutes‚ McCarthy was defiant again as he spoke to reporters after the cup defeat.

”I’m not defeated and deflated‚ I’m only getting started. I’m going to continue. I’m not giving up just because we lost to AmaZulu.”

If you are one of the 86 000 soccer fans attending the Soweto Derby at FNB Stadium on Saturday‚ you are advised to arrive early to avoid the traffic ...
Sport
3 years ago

Big guns Kaizer Chiefs, Orlando Pirates and Mamelodi Sundowns were kept apart for the quarter-finals of the Telkom Knockout following a draw ...
Sport
3 years ago
Next Article