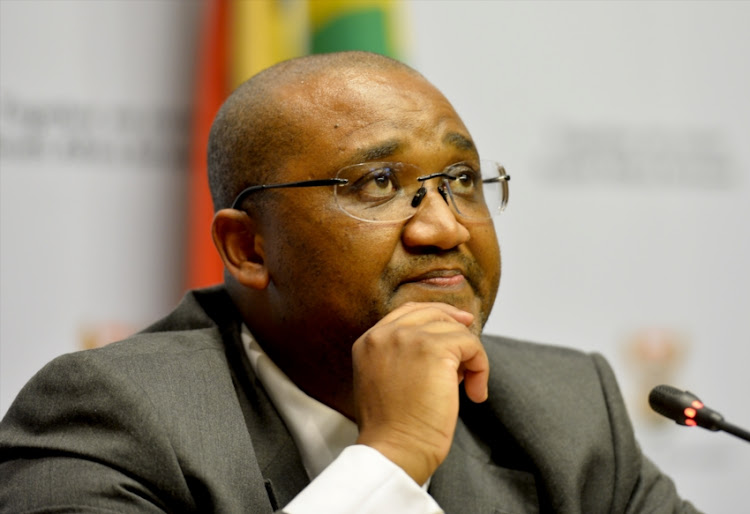 The broadcast contract expired in April and negotiations reached an impasse a few days ago after the public broadcaster offered a paltry R10 million a year to the rights to Bafana Bafana and Banyana Banyana matches.

Moemi told SowetanLIVE that Xasa had asked him to mediate between the two parties and his first step to evaluate the true value of the rights according to international standards.

“The minister has asked the DG of sport‚ which is me‚ to mediate between the two parties and we have agreed on a process.

"The first and important part of that process is to evaluate these rights‚” said Moemi.

“Both Safa and SABC have issued their own independent statements regarding this matter but they are worlds apart.

"SABC is asking for the previous contract to be restored‚ Safa have their own valuation and this has led to this situation.

"We have flagged the issue of Bafana Bafana and the SABC and we have asked both parties to agree to government mediation.

“The key issue is what is really the value of these rights?

"The buyer will only be willing to buy at the lowest price and the seller will always be willing to sell at the highest possible price.

"We are not married to either of them but just want to find an amicable solution in the best interest of South Africa.

"We will subject the rights to scrutiny and an evaluation process by an independent party and the true figure of those rights will be a point of departure.

"It will take us some time and we ask the public to please accept and understand that.”

As a direct consequence of the standoff‚ the recent 2019 Africa Cup of Nations qualifier between Bafana and Seychelles at FNB Stadium was not broadcast on the SABC and Moemi said a lasting solution must be found urgently.

“All along we have been doing some stop-gap measures by negotiating a deal here and there and we can’t continue to fight fires‚" he said.

"The only way is through a thorough and independent evaluation process because they both have their methodology.

"We will use an international benchmark on how rights are evaluated during the process.”