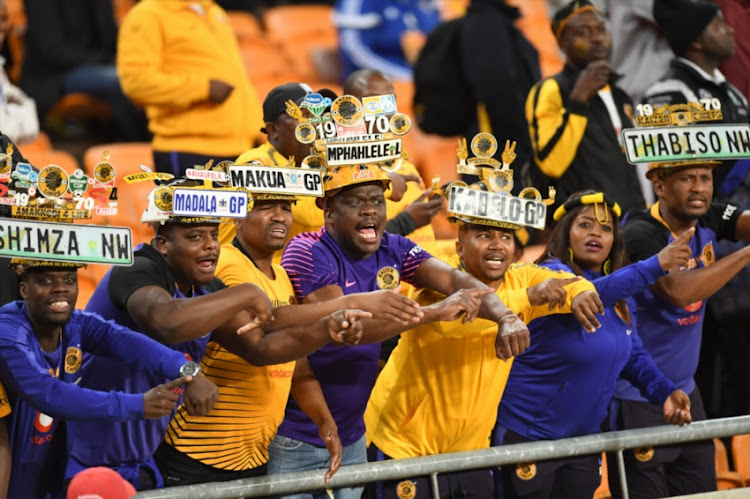 If you are one of the 86 000 soccer fans attending the Soweto Derby at FNB Stadium on Saturday‚ you are advised to arrive early to avoid the traffic chaos that could unfold when Orlando Pirates host traditional rivals Kaizer Chiefs.

This is after Stadium Management SA revealed on Tuesday that there would be no trains ferrying fans to the highly anticipated 160th Soweto Derby between the two Soweto rivals.

SMSA announced that they would allow 52 000 vehicles to drive to free demarcated general parking areas around the stadium.

“We have planned for 52 000 people to arrive via their own transport‚” said SMSA Managing Director‚ Bertie Grobbelaar.

“There will be demarcated free parking spaces available to the 52 000 cars and you don’t have to pay for that parking.

“If there’s somebody asking you for a fee for parking‚ it’s an illegal car guard and illegal transaction.

“Most probably you’ll be parking in a prohibited area and further running the risk of your car being towed away.”

Grobbelaar further said the train issue was a “matter that was completely out of our hands”.

“There will be no Prasa trains running on the event day due to the technical difficulties involving cable and track theft‚” explained Grobbelaar‚ adding that there would also be no metro buses running on the day.

“But the BRT and Rea Vaya have entered the party and they have increased their bus load by 30%.

“There will be 100 buses running on the day on the normal Rea Vaya routes with intervals of three or five minutes.

“Those buses will have dedicated lanes which is important because there is no use having intervals but you are still stuck in the normal traffic.”

According to Grobbelaar‚ the buses will operate from 11am starting from Ellis Park‚ Library Gardens‚ Thokoza Park and C1 Dobsonville.

Other than these buses‚ Grobbelaar said they have reached an agreement with Top 6 Taxis and they promised to deliver fans to the stadium using 150 taxis.

“This time around we will try to have better use of taxis.

"Top 6 and some other taxi associations have dedicated 150 taxis for this event and they will run from all over the city.”

Grobbelaar added that those fans opting to use Urber and Taxify are allowed to do so and there will demarcated parking for those services.

On the security side in and around the stadium‚ SMSA said they have employed seven different security companies and they will be helped by Metro police and SAPS to direct the traffic.

DStv Compact are giving 20 lucky readers a chance to each win double prime tickets to the #KumnandiExperience at the Soweto Derby, to experience all the fandom and soccer rivalry with the this weekend. Tickets are valued at R680.00 and include: goodie bags, food & drink vouchers, access to the DStv COMPACT Kumnandi Zone and other DStv related activities at the venue.

To stand a chance at winning this amazing prize, simply fill in the entry form below or click on this link