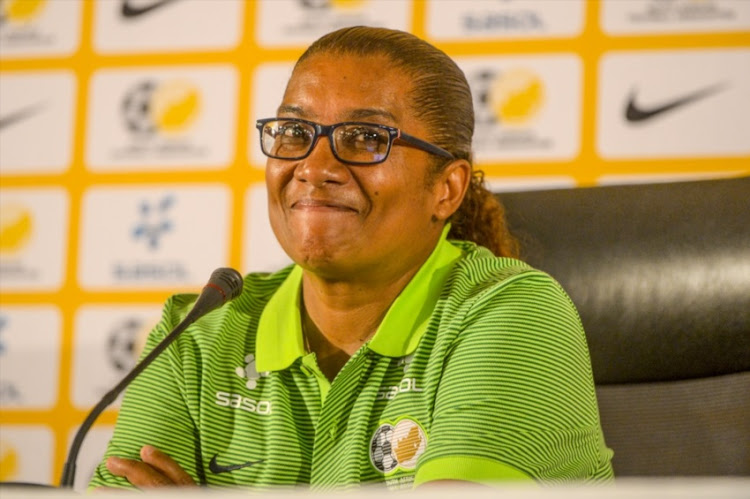 Coach Desiree Ellis’ side must finish in the top two to advance to the semifinals and then claim at least the bronze medal to book a berth at the at the 2019 Fifa Women's World Cup in France.

Nigeria present a big challenge‚ but the draw at least means Banyana will avoid the Super Falcons in the semifinals if they make it that far.

Kenya were a late entrant into the field after Equatorial Guinea were disqualified for fielding an ineligible player‚ and Zambia featured in the recent Cosafa Women’s Championship in Port Elizabeth and proved a mixed bag‚ finishing fourth.

“There was never going to be an easy group – all eight teams that have qualified are top quality‚ and we all know that to be the best‚ you have to beat the best‚” Ellis said.

“We have been anxiously waiting for this draw to take place so that we take our preparations to the next level now that we know who we will face in the tournament.”

Banyana open their campaign against the Nigerians on November 18‚ which also might be a good time to play them with the Super Falcons potentially yet to hit their straps.

“Nigeria has won this tournament a record 10 times and they are the defending champions‚ so they will definitely be sensing victory against us – but we are glad to be meeting them now and not later in the tournament because our last encounter ended in tears for us – we lost 1-0 in the semifinal of this competition in 2016‚ and that denied us a chance to be at the World Cup.

“Playing them in the first match is also a tricky affair because you have to be on top of your game from the first whistle‚ and any mistake they will punish you. In any case‚ I always tell the players that the first fixtures of any tournament are very important as they set the tone for the rest of the competition. I believe we will be ready for them this time – we are much wiser.”

Group A contains hosts Ghana‚ Mali‚ Algeria and Cameroon‚ who South Africa defeated 2-1 in the recent final of the Cosafa Women’s Championship.

The tournament will be staged from November 17-December 1‚ with Banyana based in Cape Coast. South Africa have been runners-up in the continental showpiece event on four prvious occasions without ever lifting the trophy.

Banyana Banyana coach Desiree Ellis says she is proud of the performance her charges put up against Cameroon as they retained their Cosafa Women’s ...
Sport
3 years ago