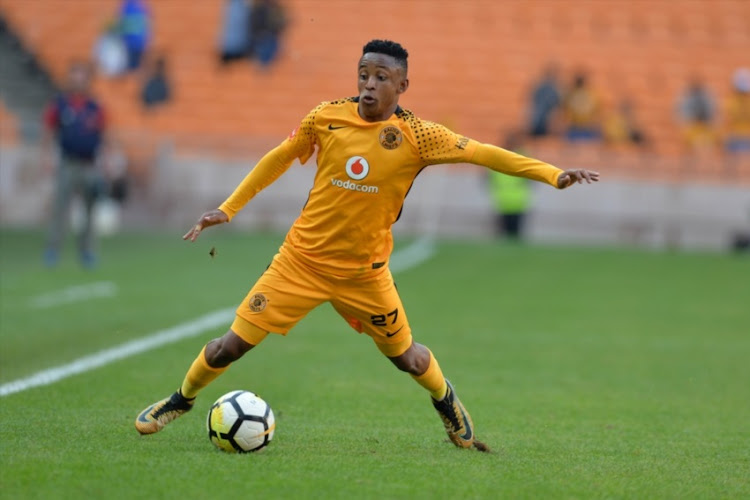 Kaizer Chiefs’ needed a penalty shootout to beat Black Leopards to advance in the Telkom Knockout and keep up their hopes of ending their long trophy-less run as they edged through in front of a paltry 6‚000 spectators at FNB Stadium on Sunday.

Ryan Moon scored the decisive kick after Chiefs’ keeper Virgil Vries made two stops in the post match shootout‚ which Chiefs won 4-2 after a 1-1 stalemate at the end of extra time.

Phathutshedzo Nange had Leopards ahead in the 34th minute as they looked far from overawed playing away against Chiefs.

But the home side were much better after half-time and came back to equalise through Pule Ekstein to take the game to extra time.

Chiefs struck the woodwork three times in the match but also had some scares as the side from Limpopo put up a brave performance.

Leopards served notice of their intentions within 90 seconds as their Zambian import Mwape Musonda beat the offside trap but let the ball get away with a heavy first touch as he had just goalkeeper Vries to beat.

There were other opportunities for both Lifa Hlongwane and Lesedi Kapinga but they were selfish in their decision-making before the goal came.

Kapinga hit the crossbar with a scuffed half volley from Musonda’s cross in the 26th minute before Nange surged ahead at a retreating Chiefs defence before hitting his left footed shot firmly past Vries‚ given a chance in the AmaKhosi goal in place of Itumeleng Khune.

A snap effort just before half-time almost offered Chiefs an undeserved equaliser but Bernard Parker’s long-range shot hit the upright before bouncing back into play.

Chiefs had made seven changes after their embarrassing loss in their last game in Durban against Polokwane City‚ necessitated in the main by the absence through injury of Khama Billait‚ Daniel Cardoso‚ Leonardo Castro and Lebogang Manyama.

Chiefs had the ball in the net 10 minutes after the break‚ but it was ruled offside in a tight decision that was unlucky for the hosts.

But they were applying relentless pressure as Parker took the game by the scruff of the neck and set up numerous chances as the home team pounded away at the Leopards’ defence.

Something had to give‚ and eventually did so.

Just after making a double change‚ Chiefs got the 63rd minute equaliser as Parker played in a long pass to Ekstein‚ whose first touch was vital in allowing him to slip between the two central defenders and tuck away the ball.

Thereafter‚ there were half chances on either end but the players looked tired as they ended the 90 minutes in a stalemate and had to go to extra time.

Moon put his sliding effort against the upright 10 minutes into extra time and then came close with a header from a corner straight thereafter.

An interchange of passes allowed Chiefs’ other substitute Kabelo Mahlasela to get around the Leopards’ defence‚ but his shot was saved and right near the end skipper Willard Katsande thundered a shot against the crossbar.

In the shootout‚ Vries saved from Jean Munganga and Eden Nine while Godfrey Walusimbi missed one for Chiefs‚ who got four of their five kicks in to move onto TKO Tuesday’s draw.

Domestic football returns this weekend with the first round of the Telkom Knockout.
Sport
3 years ago
Next Article