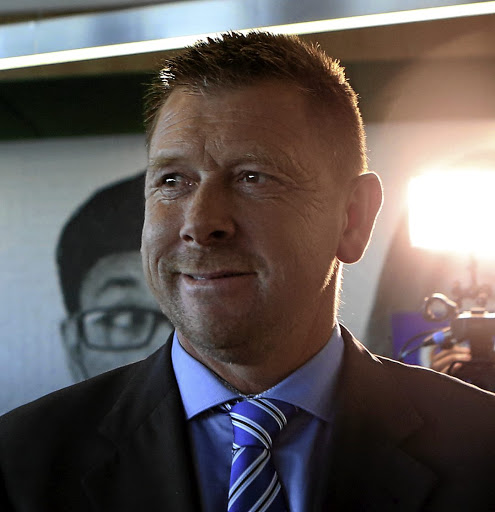 Eric Tinkler is looking forward to a return to his old stomping ground with Orlando Pirates and says her will take a much improved Chippa United with him for Saturday’s Telkom Knockout first round clash at the Orlando Stadium.

It will be the sixth game in charge for the new Chippa coach since he replaced Dan Malesela‚ another with close connections to the Buccaneers‚ and Tinkler goes into the match in Soweto with two wins‚ two defeats and a draw under his belt since being appointed in charge at the Eastern Cape-based side.

“Chippa have always been a football-playing team‚ a possession-based team‚ and I think it has been more about giving the side a bit of direction‚” he said of his task since arriving at the end of August in the first managerial change of the new season.

“You want all the possession to lead to chances being created and that’s an improvement that I’ve seen and that’s a good thing.

“We’ve become a little more solid defensively too but mistakes did cost us against Highlands‚ which was a bit of a disappointment but we are looking a lot better both defensively and offensively.

“We’ve created much more chances and it’s now about improving in all of those areas.”

“The only disappointment so far was the result against Highlands Park [lost 2-1]. I’d have preferred a draw and think‚ possibly‚ that was the minimum we deserved.

“But otherwise the first game against SuperSport [lost 2-1] we did well and probably deserved more there; the games against Baroka [won 1-0] and Free State Stars [won 1-0] were very‚ very good.”