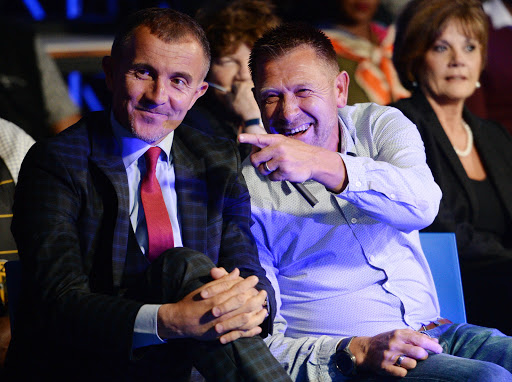 Orlando Pirates could not have asked for a better boost ahead of their last 16 Telkom Knockout tie against Chippa United.

Pirates coach Milutin Sredojevic confirmed that ace winger Vincent Pule and goalkeeper Brilliant Khuzwayo would both be in contention for places in the starting line-up against the Chilli Boys at Orlando Stadium on Saturday night.

Both players were signed by Pirates before the start of the current campaign.

But it is Pule who was signed from Bidvest Wits who has already won the hearts of the Buccaneer's faithful with his electric pace operating on the left side of midfield.

Khuzwayo‚ signed from Kaizer Chiefs‚ has on the other hand‚ been nursing an injury that has kept him out for two-and-half-months of the season after being injured in training.

Playing against Chippa‚ a team Pirates defeated 1-0 in August in the Absa Premiership in Port Elizabeth in their second league match‚ Sredojevic insisted that he would need all his players available as he continues on his journey to win the first trophy since he rejoined Bucs at the beginning of last season.

As a team‚ Pirates are also under pressure from their fans to win a trophy as the last piece of silverware they won dates back to the Nedbank Cup they won after defeating Wits 3-1 in Durban in 2014.

“Pule didn’t play in our last match against AmaZulu (1-1) and he pulled out of the Bafana Bafana squad‚” explained Sredojevic‚ referring to the player who has scored three league goals for Bucs in the ten matches they have played.

“He (Pule) has come back and he has worked very hard and he’s on the brink of being at his best.

“We are looking forward to have Pule’s best possible set pieces.”

On the recovery of Khuzwayo‚ who will join Siyabonga Mpontshane‚ Jackson Mabokgwane and Wayne Sandilands in the fight for the No1 jersey‚ the Pirates coach said he was delighted to have him back.

“Khuzwayo is a generator of positive energy in the team‚” said Sredojevic of the Durban-born goalminder.

“He’s worked very hard to come back and is also on the brink of being counted.

“We shall decide (who starts) but we are happy to have Brilliant back. He has put himself in line for competition with the rest of his teammates.”

Sredojevic will be under pressure to win against Chippa ahead of the much-anticipated Soweto derby against Chiefs at the FNB Stadium next Saturday.

The Bucs last won a match on September 22 when they beat Baroka FC 2-1 away from home‚ with Pule and Thembinkosi Lorch getting the all-important goals.

Ndengane's mentor feels he failed him

'I should've secured him overseas move'
Sport
3 years ago

Kaizer Chiefs legend Neil Tovey has paid tribute to Kaizer Motaung on his 74th birthday on Tuesday‚ saying it must be extremely pleasant for him to ...
Sport
3 years ago

Gavin Hunt believes Bafana Bafana need to qualify for major tournaments‚ believes they will reach next year’s Africa Cup of Nations‚ and believes the ...
Sport
3 years ago
Next Article