Ndengane's mentor feels he failed him 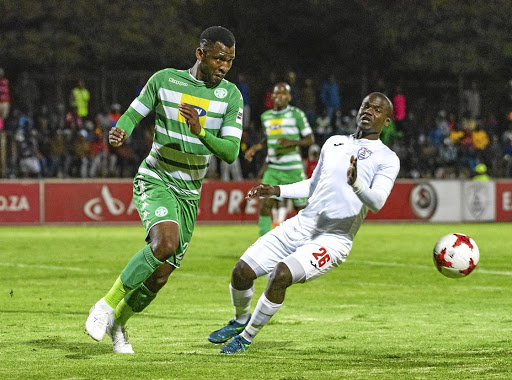 While many view Alfred Ndengane's apparent switch to Orlando Pirates as a positive move, his mentor Errol Dicks feels he has failed the defender.

Dicks unearthed Ndengane as a youngster while playing for Cape Town's Hannover Park in 2009 and wasted little time bringing him to his club FC Cape Town soon thereafter.

Ndengane, 31, recently parted ways with Bloemfontein Celtic when his contract was terminated, reportedly due to the club's financial crisis.

Dicks lamented that he did not take Ndengane overseas when he was still at his club.

"Alfred is such a phenomenal talent and without doubt among the best defenders in the country," Dicks said.

"I failed him because I should have taken him to Europe. He deserves to be playing abroad. People in South Africa are yet to appreciate just how good he is.

"Remember, I took [Ugandan] Hassan Wasswa to Turkey, and Alfred is 10 times better than Hassan. It's unfortunate that I wasn't able to secure him a move back then."

Ndengane's move to Pirates is still a subject of speculation with all parties involved keeping it hush-hush.

Although no announcement has been made, it is understood that a deal has been done. Ndengane's agent, Vasili Barbis, refused to comment on the speculations. "I can't keep getting 50 calls [a day] on this issue. You guys [the media] are calling me all day. I can't give a comment, a statement will be issued in due course."

Interestingly, Cape Town City boss John Comitis was the one who facilitated Ndengane's move to Celtic while he was still FC Cape Town official. Comitis, who still has a close relationship with Ndengane, hinted that Bucs was indeed his destination.

"I acted as a representative for Alfred and negotiated his move to Celtic. I still keep in touch with him and he asks me for advice all the time. I was informed he's going to Pirates."

Orlando Pirates administrator Floyd Mbele could not be reached for comment.