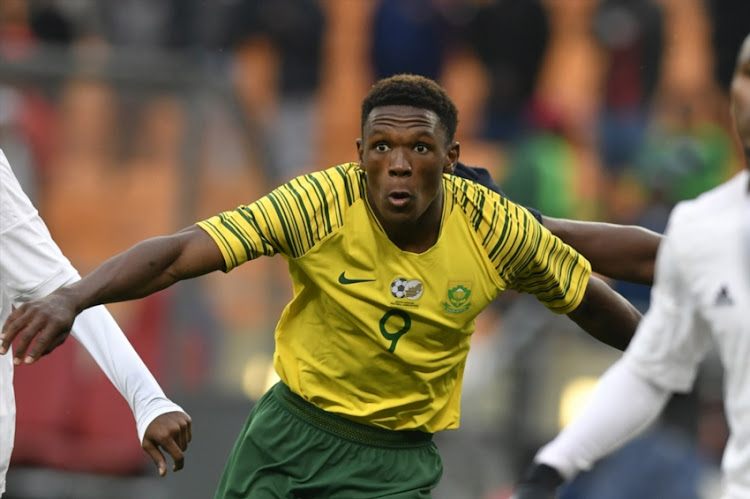 Lebogang Mothiba’s three goals in his first three games – a first that not even Benni McCarthy‚ Shaun Bartlett or Phil Masinga managed – the class of his technique and his form in France show this to be a prized racehorse for Bafana Bafana.

So let us hope that the South African Football Association (Safa) and Bafana coach Stuart Baxter will come up with a blueprint – based on Safa’s missteps involving other big-name overseas-based stars of the past – to wrap‚ perhaps not Mothiba‚ but his involvement in the national team‚ in cotton wool.

Not since McCarthy has a striker so caught the eye.

The 22-year-old centre-forward’s physique‚ his European grooming having signed for Lille from Diambars Academy as an 18-year-old‚ and his body-positioning taking chances all point to this being the striker of sheer class South Africa has been crying out for.

Baxter gushed after Mothiba’s superb strike and fine bustling display in Bafana’s 6-0 Africa Cup of Nations qualifying thrashing of Seychelles at FNB Stadium on Saturday: “Lebo‚ and I say it with all due respect‚ is the one who is the least South African of all our strikers.

“In England we say that Allan Shearer used to lead the line. That type of striker.

“Lebo led the line [against Seychelles]. He really did. He was bullying their centrebacks‚ he was making nice runs behind‚ they didn’t have a moment of peace.

“And off that‚ I thought it worked well with Percy Tau a bit deeper‚ making his move where he was more difficult to pick up.

Tau (24) and Mothiba (22) were flattered‚ of course‚ by the low standard of Seychelles.

But they also showed a potential as a strike partnership that this just might be a front two capable of wreaking havoc for the next six years for Bafana.

It seemed concerning that Mothiba turned down an interview with Sunday Times last week‚ saying he’d done too many already.

The striker had conducted one radio and one print interview.

These sort of tendencies in young players – the likes of Thulani Serero – in the past have been early indicators of a player’s reluctance not just to speak to the press‚ but for the national team.

In defence of Mothiba‚ perhaps he was just feeling a little overwhelmed by the attention he was receiving ahead of the Seychelles game‚ and wanted to quiet it down a bit.

That would be a justifiable sentiment‚ by any stretch.

But for Safa‚ beginning to think ahead of a strategy for a working relationship for a player who – following his R135-million move from Lille to Strasbourg this season‚ where he hast started Ligue 1 with five goals in 2018-19 – is Bafana’s hottest young property might be advisable.

Safa needs to learn from past mistakes of treating certain players differently because of star status‚ which can backfire and lead to abuse.

But opening a channel with Mothiba‚ ensuring he has a path to communicate when call-ups are difficult‚ and showing some flexibility without favouritism where it is possible‚ can help preserve a relationship that seems sure to grow complicated as the player’s stature grows.

The early signs are that he is special enough to deserve the extra effort.