The ANC weighs in on tense SABC vs Safa standoff 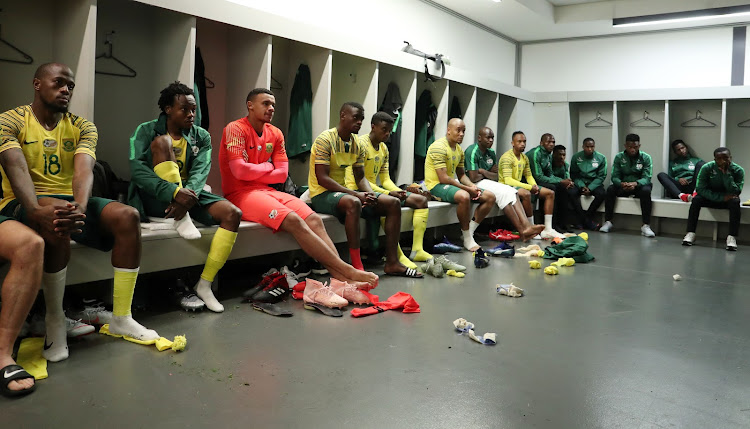 Danny Jordaan, SAFA President talking to South Africa players in the change room during the 2019 African Cup of Nations match between South Africa and Seychelles at the FNB Stadium, Johannesburg on 13 October 2018.
Image: ©Muzi Ntombela/BackpagePix

Bafana’s 6-0 Africa Cup of Nations thrashing of Seychelles at FNB Stadium on Saturday was not televised on the SABC‚ nor broadcast on radio‚ as an agreement with Safa had not been reached.

Safa has rejected a R10-million offer from the SABC‚ where last year R110-million was paid for the annual deal‚ the association has said.

The SABC has announced that it will televise Tuesday’s second match for Bafana against Seychelles in Victoria‚ on the Indian ocean islands‚ but a resolution to the stand-off of a new broadcast agreement has apparently not been reached.

The ANC said that South Africans need to be able to watch Bafana games on public TV.

The ruling party’s statement read: “The ANC must raise it’s concerns that SAFA and the SABC have not been able to reach a commercial agreement that will allow the South African public to watch the national football team‚ Bafana Bafana‚ on television and listen to their matches on radio.

“Whilst this stalemate continues‚ only those South Africans with access to the pay television channel‚ Supersport‚ have been able to watch the match. Thus‚ millions of South Africans have been excluded.

“This state of events is untenable and cannot be allowed to continue. The ANC wants to remind both parties‚ the SABC and SAFA‚ that they have a responsibility to ensure that the South African public can watch and listen to Bafana Bafana games.

“The ANC though also wants to remind SAFA that they also bear responsibility to ensure that the South African people can watch Bafana Bafana. They cannot look at this matter in pure commercial terms.

“The South African people are the owners of football in South Africa. The people have accorded SAFA the honour to govern the game on their behalf.

“SAFA therefore should not make decisions based solely on commercial considerations‚ without balancing it in the interest of the South African public.

“The ANC does not expect SAFA to damage their commercial viability but they must look at ways that they live up to their responsibilities towards South Africans.

“Similarly the SABC has to be fair towards SAFA’s commercial needs.

“We hope and trust that both these bodies will live up to their responsibilities and ensure that the South African public will be able to watch their beloved Bafana Bafana in action very soon.”