Baloyi: We knew we would win against the Seychelles 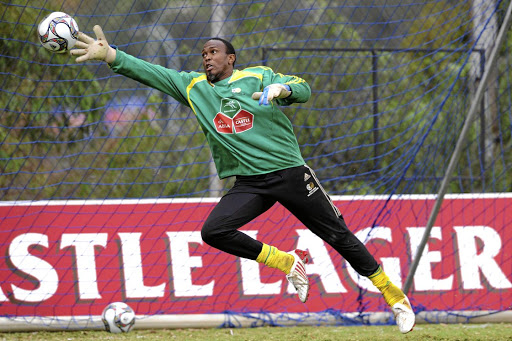 Ex-Bafana Bafana goalkeeper Brian Baloyi says they knew they would beat the Seychelles even before they played them in 2005.

Bafana beat the islanders 3-0 in a Cosafa Cup semifinal clash 13 years ago in Mauritius. Baloyi and company then beat the hosts 1-0 in the decider to win the tourney.

Fast forward to 2018, and Bafana will meet Seychelles for only the second time in their history at FNB Stadium tomorrow (3pm), in an Africa Cup of Nations (Afcon) qualifier.

Despite facing opponents that the majority are part-time footballers, Bafana's struggles of recent years mean a win is not even guaranteed.

Baloyi can only hope that the boys win and eventually qualify for the Afcon.

The man nicknamed "Spiderman" for the heroics in goal in his heyday told Sowetan yesterday that the fact that Bafana are not assured of a win tomorrow means there are serious concerns that should be addressed about the local game.

"Without being cocky and just being honest, back then, as much as you respected your opponents, playing Mauritius or Seychelles meant that those were games that you were not scared of would losing or drawing," said the former Kaizer Chiefs shot-stopper.

"As much as football has changed, we haven't changed with the times and the
other countries have caught up with us."

Baloyi argued that schools football should be made competitive in SA to produce players of high quality again.

"In the past, most guys that would be picked from playing in high school would not struggle to play in the NSL (National Soccer League).

"But now, from the kids playing at the highest level of schools football, the Kay Motsepe Cup, show me one kid who has gone out to play in the PSL (Premier Soccer League).

"Those are things we need to address as a footballing nation. Schools sport plays a pivotal role - just look at rugby," Baloyi added.