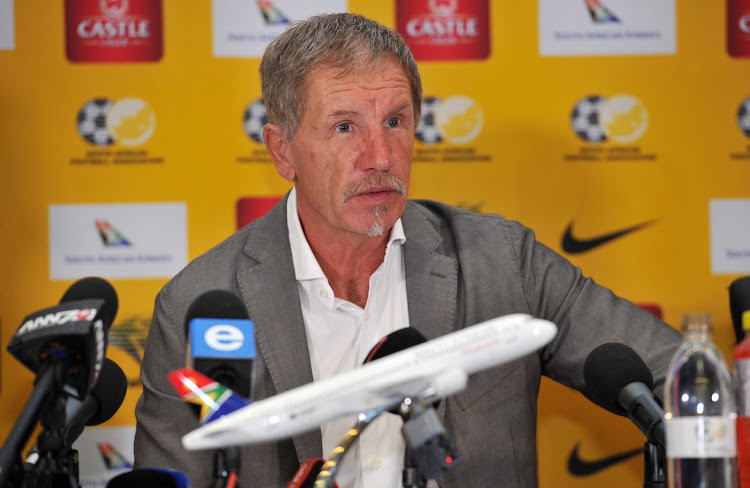 Bafana Bafana have bumped opponents Seychelles off their own plane and will be flying direct to the Indian Ocean island on Sunday‚ while their hosts have to take the long road home.

The South African Football Association (Safa) moved with unfamiliar speed to book spots on the flight from Johannesburg to Mahe on Sunday‚ run by Air Seychelles.

The airline‚ in anticipation of the return match up between the two countries on the island on Tuesday afternoon‚ put on a bigger plan than usual for flights but there was still not enough to accommodate both teams.

The Seychelles Football Federation (SFF) made a mistake by thinking they were playing Bafana at home first and then going to Johannesburg but had misread the fixtures.

By the time they realised their error‚ Safa had booked out the seats on flight HM60 from Johannesburg to Mahe on Sunday‚ according to sources with knowledge of the logistical arrangements.

The Bafana squad will depart at lunchtime on Sunday‚ with time to rest after Saturday’s qualifier between the two countries at FNB Stadium‚ and fly direct for five hours‚ arriving just before 9pm local time.

That means they have a full day on Monday to recover and prepare‚ including a training session at the match venue‚ Stade Linite‚ on Monday afternoon.

The Seychelles team will get home before South Africa‚ but only after taking an energy-sapping circuitous route through Kenya.

They will leave at midnight on Saturday‚ after the match at FNB‚ and fly to Nairobi‚ where they arrive at 6am on Sunday morning. There is a two-hour stopover before they then fly home‚ getting there at midday.

It will be tough for them to recover to be on song for Tuesday’s game in front of their home crowd.