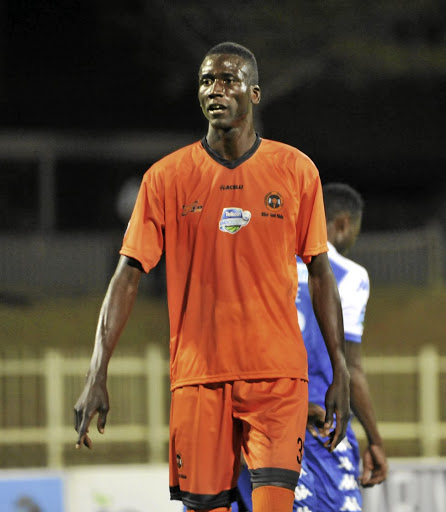 Faye Baptiste signed a two-year deal with City in 2015 but was dismissed the following year. Safpu took his case to Fifa and won.
Image: Gallo Images/ Phillip Maeta

Sowetan broke the news last week that Rise and Shine risked being docked points by world football's governing body for failing to comply with an order. Fifa ruled last year that City should pay Baptiste about R1m after terminating the player's contract two years ago.

Baptiste signed a two-year deal with City in 2015 but his contract was terminated the following year.

SA Football Players' Union (Safpu) secretary-general Nhlanhla Shabalala confirmed yesterday that payment has been received by the organisation, which will then be paid to the player. "I was informed about the payment on Monday," Shabalala said.

"I've been working outside the office and have not dealt with the legalities, but I know that proof of payment was sent and we are just waiting for the money to reflect."

Shabalala said the union is grateful for Fifa's help in cases of this nature. "It just shows that Fifa is for the players and they protect the players' interests, and they make sure their rights are not infringed upon.

"You see that when these clubs fail to comply, they impose sanctions and they are not apologetic. They make unpopular decisions, but those decisions are fair," he added.

City have not commented on the matter at this stage.

In a similar case, AmaZulu were recently docked six points for failing to pay Namibian player Phineas Nambandi after terminating his contract in 2014. Usuthu eventually paid R1.5m to avoid being relegated.