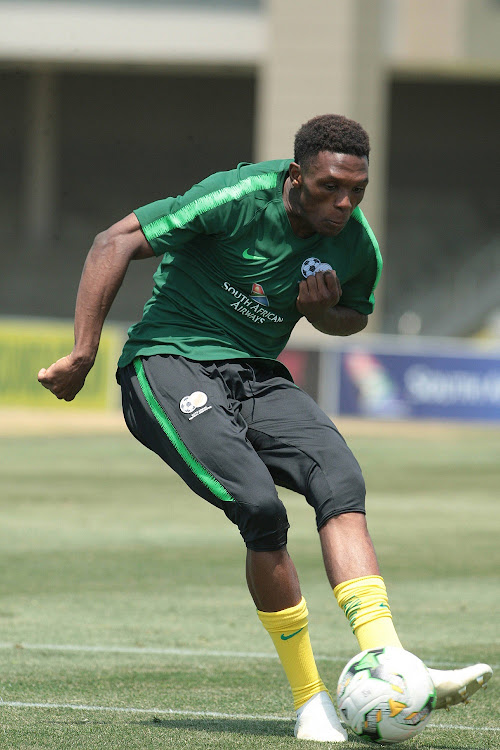 Mothiba followed up a brace on the weekend for Strasbourg in a 2-2 away draw against against Angers‚ taking his Ligue 1 tally to five goals in 2018-19‚ with a first-half strike against Matsatsantsa in the training match.

The friendly‚ played behind closed doors over two 30-minute halves‚ formed part of preparations for Bafana’s 2019 Africa Cup of Nations qualifier against Seychelles at FNB Stadium on Saturday (kickoff 3pm).

Mothiba‚ who transferred to Strasbourg from Lille for a reported R135-million in late August‚ missed Bafana’s previous match‚ their disappointing 0-0 Afcon 2019 qualifying draw against Libya at Moses Mabhida Stadium in Durban last month‚ with an injury.

The big‚ 22-year-old centre-forward with a wicked finish will be looking to bag a few international goals when he earns his third Bafana cap against 189th-ranked Seychelles.

Bafana‚ in second place on four points in Group E‚ meet the Indian Ocean islanders at FNB‚ then on Tuesday away in Victoria.