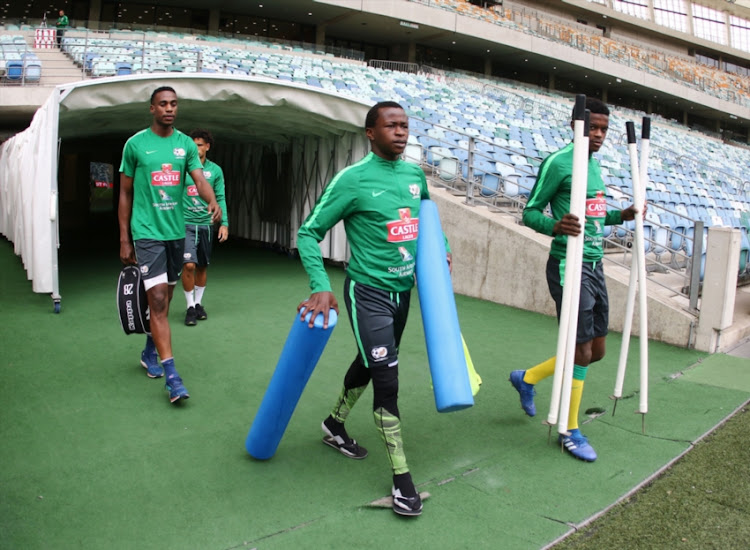 The imminent departure of Maritzburg United star midfielder Siphesihle Ndlovu will not disrupt the team but is an opportunity for another youngster to step up to the plate‚ United coach Fadlu Davids has said.

Chairman Farook Kadodia confirmed last week that Maritzburg and Mamelodi Sundowns have reached an agreement in principle for the transfer of the 22-year-old Ndlovu from Maritzburg to Pretoria. Ndlovu now just has to agree to the move.

If the deal‚ expected to go through on July 1‚ 2019‚ materialises‚ Ndlovu will join his former teammate Lebohang Maboe‚ who joined Sundowns from Maritzburg at the beginning of the season.

Davids said he understands that United will from time to time sell their best players to survive financially.

“It’s normal that the players want to take their careers to the next level‚” Davids said‚ speaking at the Telkom Knockout draw in Randburg after Maritzburg were drawn at home against Highlands Park.

“It’s about giving the next youngster a chance.

“We’ve already handed out a few debuts this season. Let’s hope that those youngsters can grow to be just as effective and consistent as the players we have lost from last season.”

Maritzburg have already lost Maboe‚ Bevan Fransman to Highlands Park and – in January – Evans Rusike to SuperSport United from the side that finished a highest fourth in the Absa Premiership‚ and reached a first final in the Nedbank Cup‚ last season.

Ndlovu‚ the reigning PSL young player of the season‚ has been a vital cog in the Maritzburg midfield and was instrumental in the team’s march to the Nedbank Cup final in May‚ where they lost 1-0 against Free State Stars in Cape Town.

Asked if Ndlovu’s exit could affect his attacking options for Maritzburg‚ Davids said: “Of course at the moment he is not sold. At the moment nothing is confirmed. So we plan normally like he is here and he is part of us and we will continue to do so until anything changes.”

Ndlovu has struggled to replicate the last season’s form so far this campaign‚ and has just come back from a two-game suspension.

His lack of form has led to Bafana Bafana coach Stuart Baxter leaving the talented Pietermaritzburg-born player out of his squad to face Seychelles in home and away 2019 Africa Cup of Nations qualifiers over the next week.