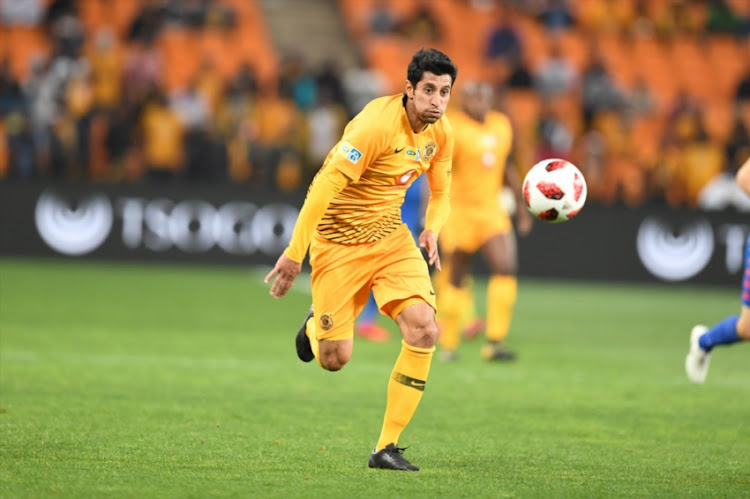 Leonardo Castro’s absence over the last weeks has been bemoaned by Kaizer Chiefs coach Giovanni Solinas but the Italian expects the tall Colombian back in time for the Telkom Knockout first round tie at home to Black Leopards.

“He is in rehabilitation right now and is much better.

"He’s started running last Friday already and we hope to have him for the next game‚” said Solinas.

The exact date and venue for the cup meeting with Leopards is to be decided this week but it will be either Saturday‚ October 20 or Sunday‚ October 21.

If he does not make it back for that game‚ he is sure to feature in the derby against Orlando Pirates at FNB Stadium on Saturday‚ October 27.

“Fortunately‚ this Fifa break gives us time to help him recover better‚” added Solinas of the fortnight break for Chiefs after losing 1-0 in Durban to Polokwane City on Saturday.

The 29-year-old Castro was hurt in the first half of Chiefs’ 4-1 win over Cape Town City on September 15 and‚ in his absence‚ Chiefs failed to score in their last two matches against Highlands Park and Polokwane City.

But Solinas has rejected the notion that his side dropped unnecessary points against much weaker opponents.

“Highlands Park and Polokwane City are both good teams‚" he said.

"Highlands Park got a result away against Sundowns and Pirates‚ and Polokwane beat Wits with 10 men.

“This shows that the league is balanced‚ there are no easy games. Highlands Park and Polokwane City are good sides.