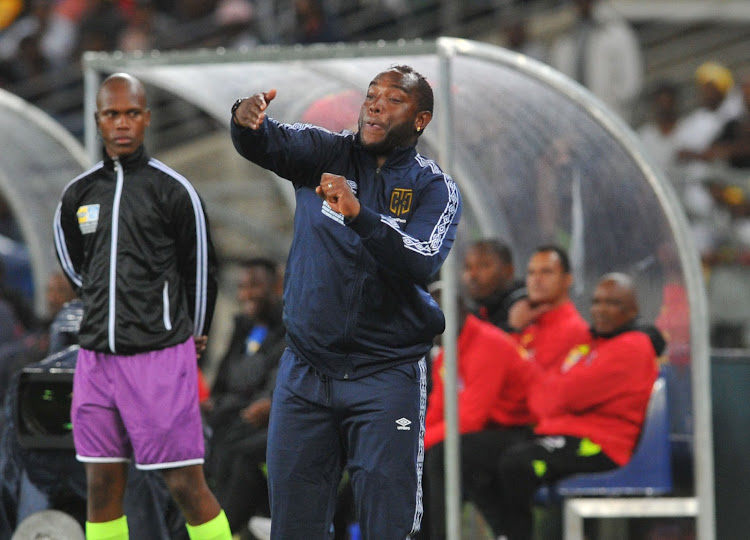 Cape Town City coach Benni McCarthy says contrasting performances in the Absa Premiership from his squad over the last week have given him a clearer indication of the players he can rely on to get results‚ as he readies to take on Maritzburg United on Friday.

“After the loss to Wits‚ it’s very easy for me now to know what my strongest XI is‚” he said as he readied for the game at the Harry Gwala Stadium.

He said he would field the same side that won the MTN8 last Saturday in Durban with an attacking performance over SuperSport United‚ albeit City won only after post-match penalties.

The dominant showing contrasted with a weak home performance on Tuesday when McCarthy rested key players after the exertions of the final and played fringe players – and saw his side easily beaten by Bidvest Wits.

“I have to look in the mirror first because maybe I was bit naive to think that I could just change the team and the players would be able to switch on just like that‚” he admitted.

“Maybe I need to look at myself for making those wholesale changes and I should have just trusted my gut and gone for the same team‚ with just a small adjustment there and there.

“But my job has since become a little bit easier. I used to worry about selection because at training everyone is on fire and it’s difficult to choose.

“But I know now who the players are that‚ when fit‚ will do a job for me. It’s a shame for the others but that’s just the harsh reality.

“Against Wits‚ some players showed that the top level is just too much for some of them.