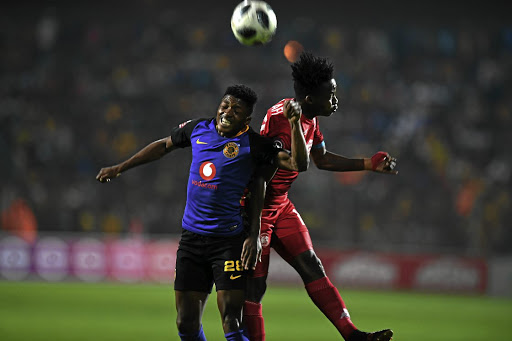 If complacency does not creep into the minds of Highlands Park players after holding Kaizer Chiefs to a goalless draw, then three points is guaranteed in their upcoming Premiership fixture against Chippa United on Saturday, says coach Owen da Gama.

The Lions of the North will host the Chilli Boys at home in Makhulong Stadium.

Highlands showed character and eventually forced their exciting match against high-flying Chiefs to end in goalless draw on Tuesday night.

Amakhosi were tipped to collect three points against Highlands, but Da Gama's young brigade - who have a single win so far - stood their ground.

"The whole technical team must take a lot of credit," said Da Gama. "You can say we were lucky but I think we deserved a point, maybe three points. We will be fully prepared as we always are to face Chippa and if we continue from this, then I see no reason why we cannot collect three points on Saturday."

"We were all over Chiefs, and if you look at their results in their last three games, one would have assumed that they would walk over us, but the players stood their ground," Brookestone said.

"Chiefs could not get their combination right. We did not let them play; we created more chances than them..

"We were just unlucky not to score goals. I think we can build from there."